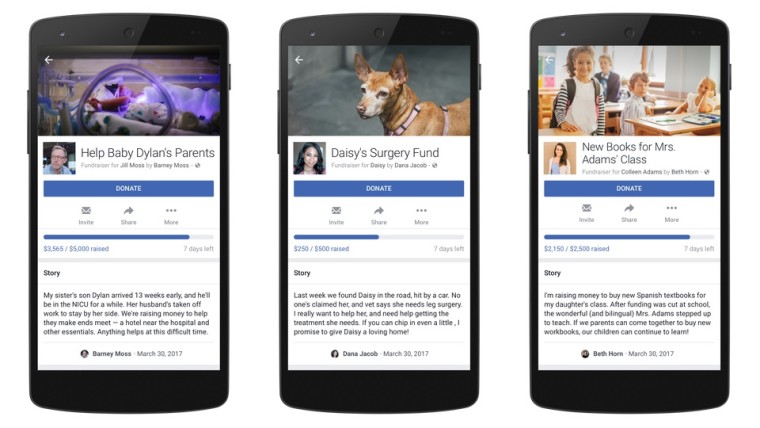 Facebook recently began rolling out a Snapchat-style "Story" feature in its mobile app, that was quickly criticized by users as the company has been introducing it across all its properties such as Instagram, Messenger and WhatsApp. Now, the social network has announced a rather useful feature that would allow users to raise funds through their profile or live videos on verified Pages.

Today, the social network's VP of Social Good, Naomi Gleit, announced that users will now be able to start fundraisers on their profile. What's more, Pages can now accept donations from followers during live videos.

Facebook will be imposing a processing fee of 6.90% of the amount and an additional $0.30 for the personal fundraisers. They will be subject to a 24 hour review, and can only be initiated by persons above 18 years of age.

Verified Pages can accept donations through live video broadcasts, in addition to the regular fundraising process that was introduced last year. So far, more than 750,000 nonprofit organizations are said to have raised funds using the feature.

The personal fundraiser feature is expected to roll out in the US as a beta in the coming weeks. Global timelines have not been revealed by the company.