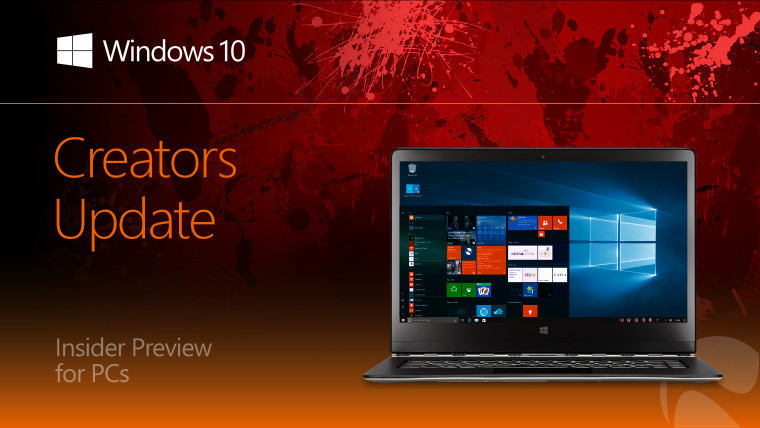 The first cumulative update for the RTM build of the Windows 10 Creators Update for PCs is now available. The build number is 15063.11, and it's available in the Slow and Fast rings. In fact, the Release Preview ring just got 15063 yesterday as well.

Microsoft actually published the post for this in the Feedback Hub yesterday by accident, so we knew that the build was coming. Here's what got fixed:

Microsoft has been making quite a few announcements as of late detailing the rollout of the Windows 10 Creators Update. It begins on April 11 for new PCs and devices that Microsoft has tested with its OEM partners, but you'll have the opportunity to manually install it beginning on April 5.

But in a rare move, Microsoft also announced the date that phones will get the Creators Update, which will be April 25. There are some caveats to this though, which have to do with carriers, regions, and hardware limitations.

If you're on the Fast or Slow rings, you can grab this build by heading over to Settings -> Update & security -> Windows Update -> Check for updates. If not, you can always sign up by going to the Windows Insider Program tab and clicking 'Get started'.

Update: Build 15063.11 is available in the Release Preview ring now as well.