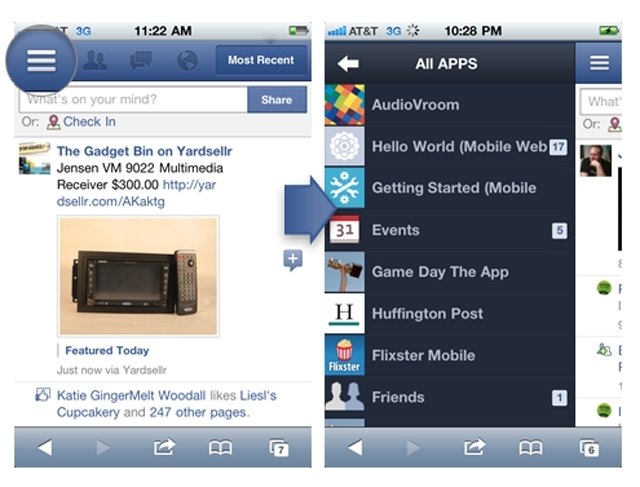 Facebook appears to have outed their long-rumoured ''Project Spartan'' in a blog post. The post, since removed from a Facebook developer site but captured for posterity by TechCrunch, features a host of screenshots of a yet-to-be-released mobile app. It's worth noting that, according to reports from company insiders and developers, Project Spartan isn't an app in the traditional sense. Instead, it's a complete redesign of Facebook's mobile experience, built in HTML5 and designed, first and foremost, to run in Mobile Safari on iOS devices.

Facebook has reportedly been working with a host of third-party developers for months to ensure the full Facebook experience will be available to users when Project Spartan - or whatever name it is given - launches. TechCrunch has apparently confirmed with Facebook insiders that this is the elusive project and it is not far off launching. Spartan was pegged to launch at Facebook's f8 event on September 22, then at a later, ''Spartan-only'' event. Neither came off, but TechCrunch's MG Siegler now reckons he's got solid information pointing to a launch in the next week.

While there are a bunch of visual changes in the now-pulled screenshots, reports about the project have long said a new user experience isn't really the point; instead, it's all about taking control of Facebook's mobile platform out of Apple's hands and allowing Zuckerberg and co to make changes to their mobile experience without having to negotiate their way into the gated community that is the App Store.