The VLC media player app for Windows 8 was released earlier this month but the volunteer team at VideoLAN continues to work on updates for the app, along with the promised ports for Windows RT and Windows Phone. Today, a developer on the team posted the first public screenshot of the upcoming VLC Windows Phone app. 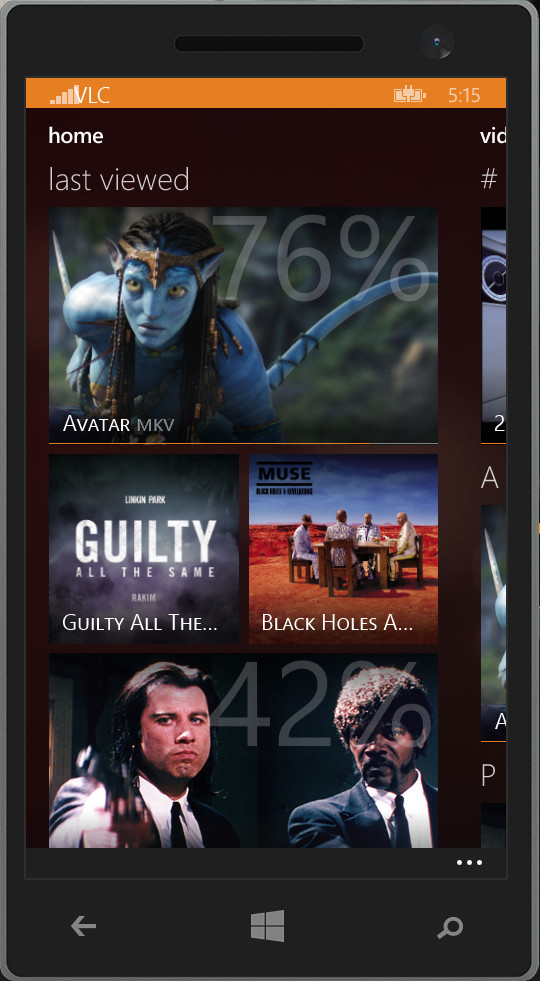 The team member, Thomas Nigro, posted the image on his Twitter account this morning. He later posted word that there is still no release date yet for the app but he did say that it will work only on the upcoming Windows Phone 8.1 and not on the current Windows Phone 8.0 OS.

As part of Neowin's recent interview with VideoLAN's President Jean-Baptiste Kempf, he indicated that the team will have a better idea of when the app will be released after Microsoft's BUILD conference in early April, when it is expected that Microsoft will release the public version of the WP8.1 SDK to all developers.

Meanwhile, the Windows 8 VLC app has been updated twice since its launch earlier in March, mostly to fix some crashes; the second update also added Japanese translation support to the app.