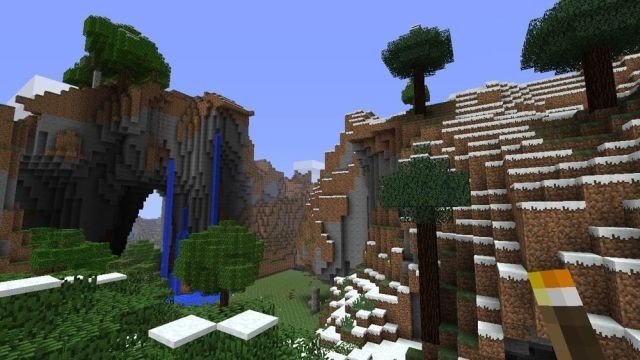 At least one major game developer isn't happy with today's announcement that Facebook plans to acquire Oculus VR, makers of the Oculus Rift virtual reality headset, for $2 billion. Markus "Notch" Persson, the creator of the hit sandbox game Minecraft, has announced he has stopped talks with Oculus VR to port the game to their hardware.

We were in talks about maybe bringing a version of Minecraft to Oculus. I just cancelled that deal. Facebook creeps me out.

Later he posted a more lengthy response on his personal blog, Notch.net. Persson stated he visited the Oculus VR offices a couple of weeks ago and got excited about the potential for the technology. Talks then began between Oculus VR and Minecraft's team at Mojang about porting a slimmed down free version of Minecraft to the hardware.

However, Persson clearly indicates that the purchase of Oculus VR by Facebook is something that he is not comfortable with. He thinks that Facebook is only interested in "building user numbers" and while social applications could be a huge part of the future of virtual reality, he wants to concentrate on making VR games.

I definitely want to be a part of VR, but I will not work with Facebook. Their motives are too unclear and shifting, and they haven’t historically been a stable platform. There’s nothing about their history that makes me trust them, and that makes them seem creepy to me.

He indicated that he might work with another VR technology company in the future, saying, "If this means there will be more competition, and VR keeps getting better, I am going to be a very happy boy.."

Source: Marcus Persson on Twitter and Notch.net | Image via Mojang