Windows users of Chrome will have to get their extensions from just one source from now on. As the company previously announced in November, Google is now requiring all extensions for the Windows version of its browser to come via the Chrome Web Store. 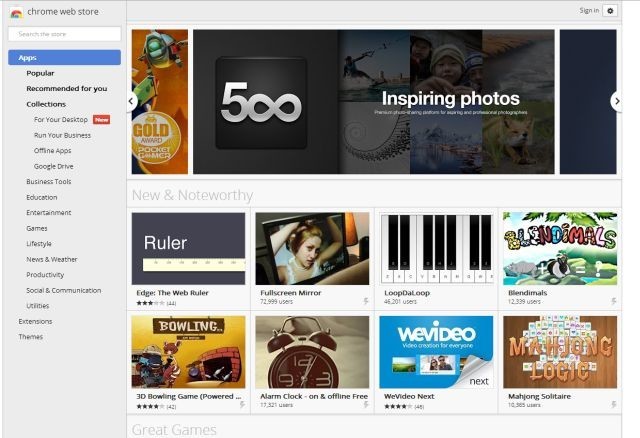 In a blog post, the company said this move might also cause some previously downloaded Chrome extensions to be disabled. They won't be able to work or be re-installed until they are published in the Chrome Web Store. Google says it is making this change to help fight off malicious extensions that could track a user's web browsing activity or put in unwanted ads. It added, "This is just one more step we are taking to make sure our users can browse safely, and enjoy all the Web has to offer without worrying."

In related news, Google's Chromium blog also announced today that the Chrome Web Store will no longer show any NPAPI-based apps or extensions on its home page, search results, and category pages. This is part of their continuing efforts to phase out support for NPAPI plug-ins for Chrome. The current plan is to remove all NPAPI-based plug-ins from the store in September and do away completely with supporting those programs in Chrome by the end of 2014.