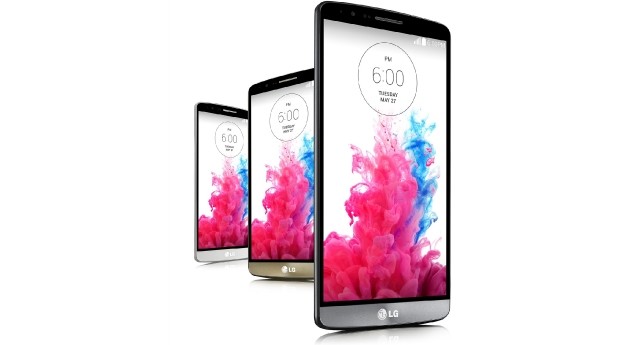 LG officially unveiled its new G3 today at a launch event in London. While weeks of leaks, along with the company’s own teaser videos, had somewhat ruined the surprise of the big reveal, there was nonetheless a sense of great anticipation surrounding the device – and with good reason too.

We had the opportunity to go hands-on with the device at the launch, and found that the G3 created a very positive first impression, even in the short time that we had to try it out.

In the weeks leading up to its launch, the rumour mill couldn’t quite decide whether or not the G3 had a metal body or one made of polycarbonate. As it turns out, it’s neither, or both, depending on who you ask and how you look at it. LG calls it a “metallic skin” – a “hybrid” skin, is how one LG rep put it to me – and it’s intended to offer the resilience of plastic, including a scratch-resistant coating, but with a metallic finish that looks and feels a bit more premium. 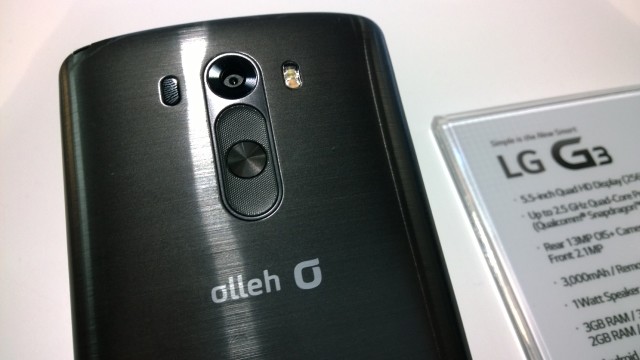 It’s not bad - in the right light, at least - but it won't fool you into believing that it is metal. Even so, the feel of the device in your hand is such that it doesn’t come across as cheap plastic; it actually feels better than you might expect, but try it out alongside a HTC One M8, and you won’t have any trouble determining which one has the real metal body and which one is faking it. 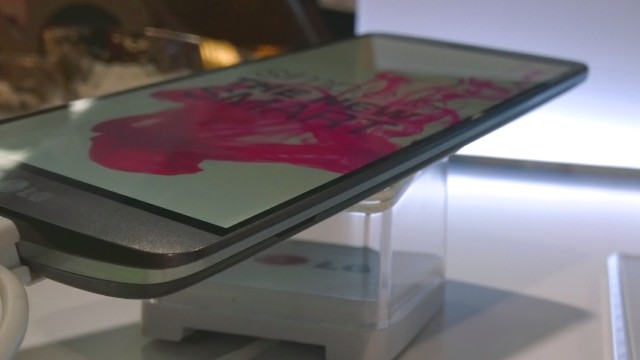 It’s comfortable to hold too. LG made plenty of noise about the “hidden curves” in its design, the gentle arc of its rear which it says was the result of “countless tests to find the ideal radius” to achieve the optimum “grippability”. Setting aside all of that marketing fluff, there’s no denying that the G3 feels great in the hand. The metallic finish on the back helps with that, and also manages to resist the fingerprint smudges that quickly accumulate on many other devices.

More impressive, though, is how the G3 manages to disguise its size. It’s a big device – there’s no denying that – with a huge 5.5-inch display that’s among the largest of any smartphone. But thanks to its narrow bezels, and its sleek profile, the G3 doesn’t feel anywhere near as big as your brain tells you it should. 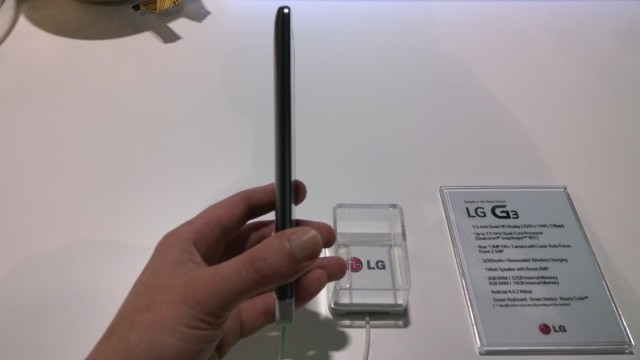 LG calls this effect “big screen without the bulk”, and says that it has packed a 5.5-inch screen into a device that's roughly the size of a 5-inch device. At just 8.9mm-thick, there really isn’t much bulk at all on the G3, and its weight of 149g is decent given the overall size of the package, and how much tech has been crammed in. Remarkably, it doesn't feel as heavy as it is.

The real star of the show, of course, is the G3’s Quad HD (2560x1440px) display. James Marshall, Head of Mobile Product Marketing for LG Europe, spoke at length during the launch presentation about the work that the company has done on that front. 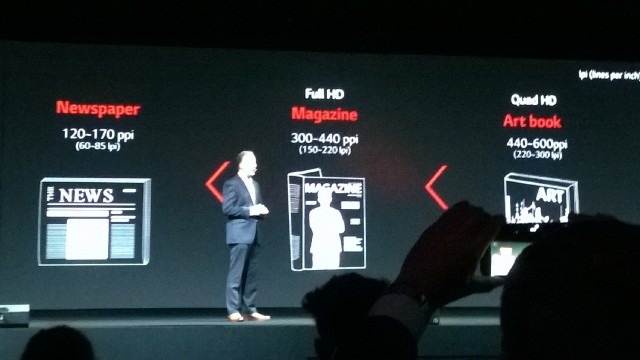 He said that it is a “misconception that human beings can only distinguish differences up to around 300dpi” – a reference, perhaps, to comments made a few weeks ago by Richard Yu, CEO of Huawei's Consumer Business Group, who claimed that Quad HD displays on mobiles are “a stupid thing” and “totally nonsense”.

Earlier in the presentation, when discussing the G3's screen, LG's Dr Ram-chan Woo had also said: "We love Steve Jobs, but he was wrong!" - a clear dig at the Retina Displays on Apple's iPhones, which max out at 326ppi.

Marshall made it clear that the human eye can in fact discern quality far higher than this, and that consumers are expecting display technology on devices to become “ever clearer”, making devices with such high-resolution displays a necessity. 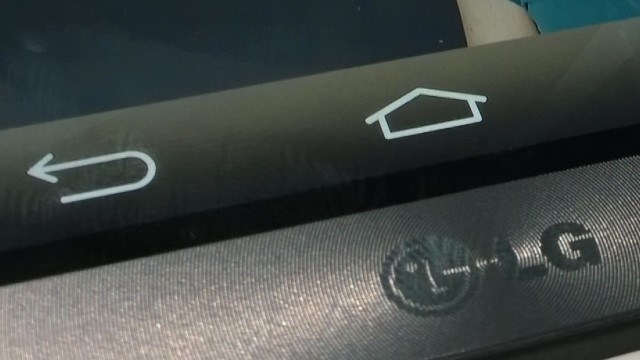 He said that the 538ppi Quad HD display on the G3 “makes images sharper, clearer and crisper” than any other handset. That’s the kind of comparison that can’t be assessed in a short hands-on, of course. But even in the brief time available, the display managed to impress.

It has the kind of colour richness and depth that you might expect to find in the very best AMOLED screens, like that of Samsung’s Galaxy S5, and LG claims that its IPS LCD offers 100% sRGB coverage. While many users will still be satisfied with the Full HD (1920x1080px) displays found on most premium devices these days, the G3's Quad HD screen will certainly appeal to some. Text and images look beautifully detailed and crisp on the display; photos of the device, frankly, don't do justice to how impressive it is. Whether or not it will be impressive enough to win over large numbers of buyers remains to be seen.

With a quad-core 2.5GHz Qualcomm Snapdragon 801 chipset and 2GB of RAM, you probably won't be surprised to hear that the device was blazing fast while navigating through its core features and menus. That said, the demo devices laid out by LG weren't exactly loaded with apps and media, and opening menus and browsing photos is hardly the most challenging of tasks, even on lower-end hardware. It's impossible to judge the device's true performance capabilities, and how it handles a more complete range of tasks, until we get the opportunity to flex its muscles outside of a demo environment. 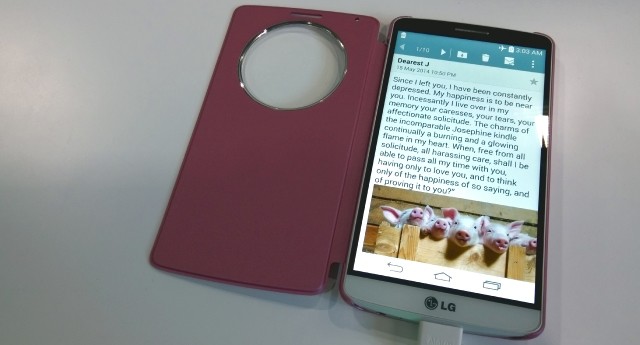 There is much, much more to the G3 than a short hands-on can adequately cover, of course. The company boasts of a completely redesigned user interface, for example, with a new flatter design and what the company calls “mature feeling colours”, rather than littering its UI with “bright primary colours” – a subtle dig, perhaps, at the Windows Phone interface.

There is a range of accessories to explore too, from the Quick Circle case that you see above - which displays critical info through a cut-out in the case - to the new Tone Infinim Bluetooth stereo headset, developed with AV specialists Harmon Kardon (shown below). 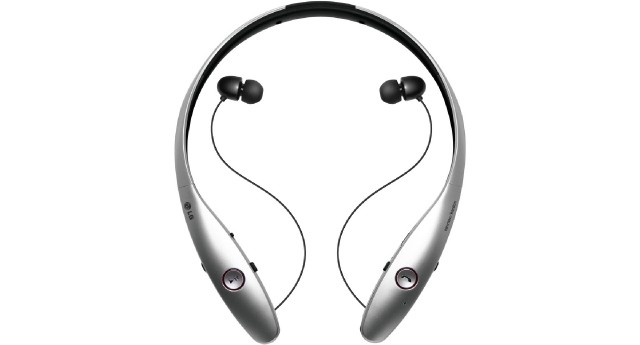 There are extensive software additions across the board too – from little things like being able to easily adjust the size of the keyboard, to a new Kill Switch feature that enables users to remotely wipe and permanently disable the device if it’s stolen. The G3 also features new software enhancements through its Smart Notice feature, which sounds a lot like LG’s take on Microsoft’s Cortana, which is itself a fusion of Apple’s Siri and Google Now. 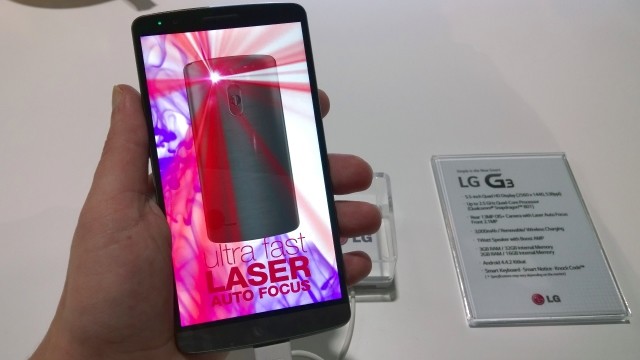 And then there is the camera too, featuring optical image stabilization and a new laser autofocus system, which LG likened to the radar 'speed trap' guns used by the police. The company also boasted that this is a premium feature that is typically only found in high-end DSLRs, and which can focus on a subject within just 276ms – faster than the blink of an eye. 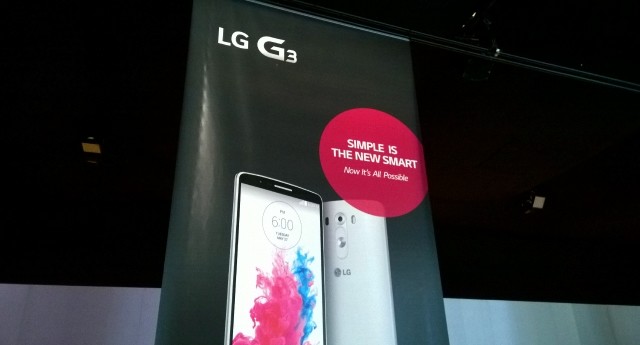 These features – and many, many more – will need to be thoroughly tested in a full review before we can offer a complete verdict on just how good (or bad) they might be in the real world.