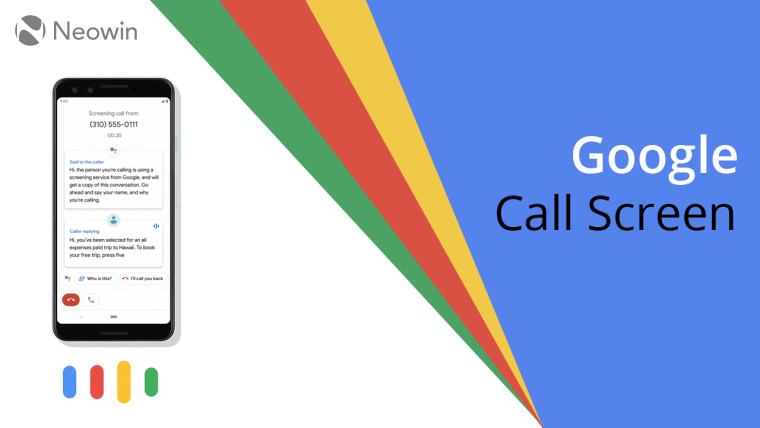 Google showed off Google Duplex, a new technology that helps complete “real world” tasks using natural language and conversation, at its I/O conference back in May of this year. The demo provided a glimpse into how the feature could carry out a telephonic conversation and book an appointment at a hair salon without any user intervention. The demo also led to concerns of ethics, as the digital assistant never once introduced itself as being a computer.

Duplex debuted on the Pixel 3 and Pixel 3 XL devices that were announced in October of this year. In addition to that, another feature that debuted was Call Screen. Call Screen works in tandem with Duplex, giving users the ability to let the Google Assistant respond to or reject calls. Most useful to screen telemarketing calls, the feature provides a live transcript of the conversation, on the screen, while letting users respond with pre-defined responses to ascertain if the call is important. However, the transcripts were only available in-call and would vanish once the conversation ended.

That may change soon, as a response on Google’s support forums from a product manager working on the feature confirms that support to save transcripts will be launched later this year. The section of the call that was screened will be saved in the call log and can be accessed through the Call Details section of that particular call’s log entry.

The ability to save transcripts is one that was eagerly awaited. It was one of the complaints users had of the feature. If there was information that you would have liked to note down on a call screened by the Assistant, you couldn’t do so as the transcripts would vanish as the call ended.

The feature is currently available to users enrolled in the public beta of the Phone app, and will gradually roll out to Pixel 3 family of devices later in the year. The Screen Call feature recently began showing up for some Pixel 2 users and will most likely make its way to all Pixel users. Once official, those devices should also begin seeing the transcript saving feature, but there is no official confirmation yet.