During the WinHEC conference, Microsoft talked about the hardware requirements for Windows 10, and although they were generally known to be similar to Windows 8, we now have precise info for the first time.

Microsoft is designing Windows 10 to be the best OS the company has ever shipped and one that spans across devices and that will be a foundation for all future versions. As such Windows 10 must be highly flexible and compact, as well as capable of supporting the newest and most powerful hardware.

It's interesting to note how Windows 10 will support the latest processors, including the newest Snapdragons, Intel’s upcoming Skylake and AMD’s Carrizo. Also worth pointing out is that the OS will support huge resolutions. At the same time, the minimum specs for running the OS are 512MB of RAM and 4GB of storage.

Also worth highlighting is that for the first time Microsoft is talking about versions of Windows 10. This is not at all surprising as the company has always had different SKUs for different markets, but this step of versioning usually comes right before launch. As you can see in the slide above the company is talking about the Pro version and the Consumer version of Windows 10 though the differences between the two aren’t made clear.

Check out the gallery bellow for all the specs. 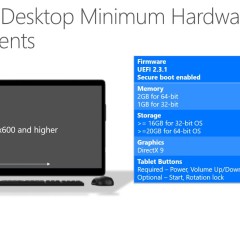 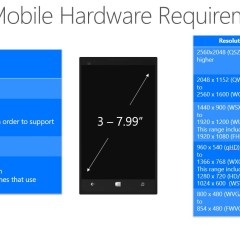 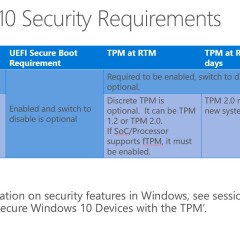 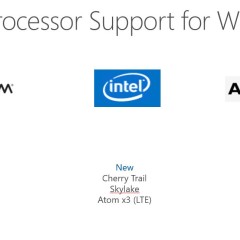 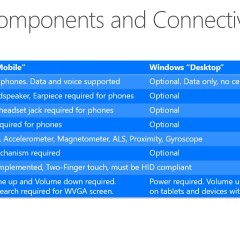