HP today has taken the wraps off three upcoming Windows 8 touch-enabled products, two of which are ultrabooks and the third is a laptop/tablet hybrid. All three devices run Windows 8 as opposed to Windows RT, as they are all Intel-based machines. 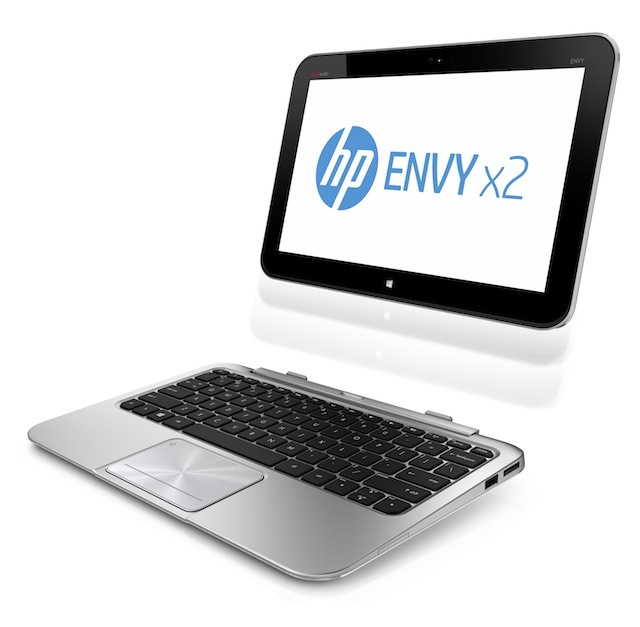 The first is the HP Envy X2, which features an 11.6-inch tablet that detaches from a keyboard base in a similar fashion to ASUS' Transformer line. Unlike the Transformers though, this device packs an Intel Atom Clover Trail processor, either a 32 or 64 GB SSD, 11.6-inch IPS panel at 1366 x 768, 8-megapixel rear camera plus 720p front shooter, and NFC for easy sharing. The tablet itself is 8.5mm thin and weighs in at 680 grams (1.5 lb), which blows out to 1.4 kg (3.1 lb) with the keyboard attached. 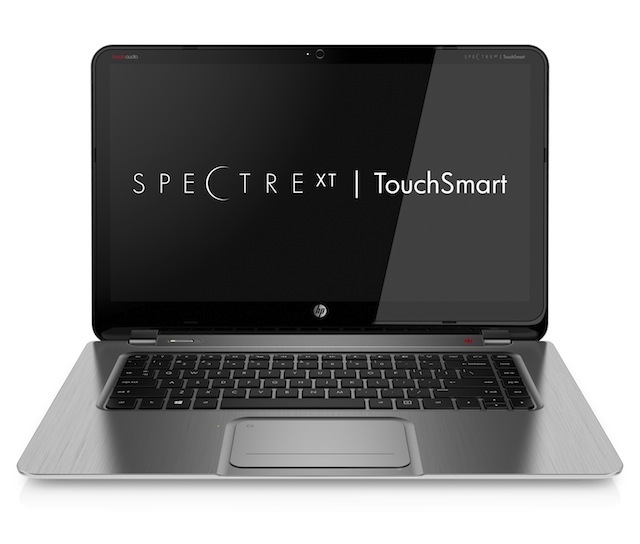 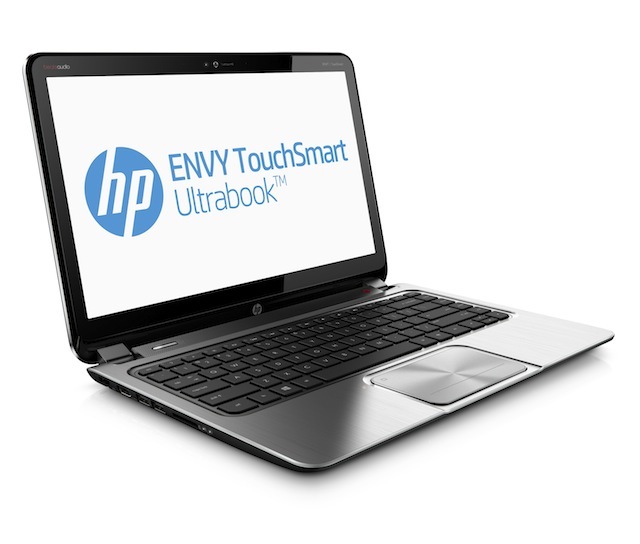 The other ultrabook announced today is the HP Envy TouchSmart Ultrabook 4, which is similar to the above machine specs-wise, although it can be upgraded to include a discrete AMD graphics card with 2 GB of VRAM. The touch-enabled panel is 14-inches at 1366 x 768 (shame no 1080p), and the body is a bit thicker (23mm) for the same weight. No price has been announced for this machine yet.