He also warns people not to "mistake 'first' for 'best'" and follows up by saying the best is still to come on September 5th. Further, he has posted an image that shows some people (clearly hired by Nokia) that are holding up placards saying "Samsung: Nokia welcomes you back to Windows Phone..." at IFA. 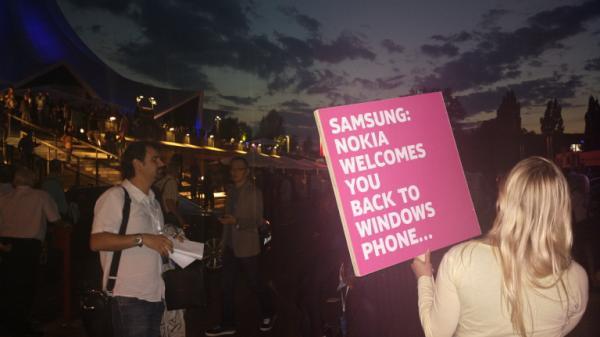 Reports say that Nokia is planning to launch two devices at their press event next month, currently codenamed as the Phi and Arrow which will be replacements for high-end and mid-range Lumia devices respectively. If you are in New York City, perhaps you can make the public event following the press unveiling.