We've known for a while that Samsung and Nokia have their sights set on getting flexible displays into the hands of consumers as early as next year, but the new technology may be more of a threat than Apple realizes. While folding up your tablet to fit in your pocket sounds like a bit of a gimmick right now, Forbes thinks that it could leave Apple in the dust.

As far as we know, Apple hasn't really put any work into creating competing technology (there would probably be a lawsuit by now if that were the case), since it sounds downright gimmicky. Flexible screens are like 3D video; it's might be fun to twist and bend at first, just because it's new, but does it really do anything any better? Forbes thinks that it could. 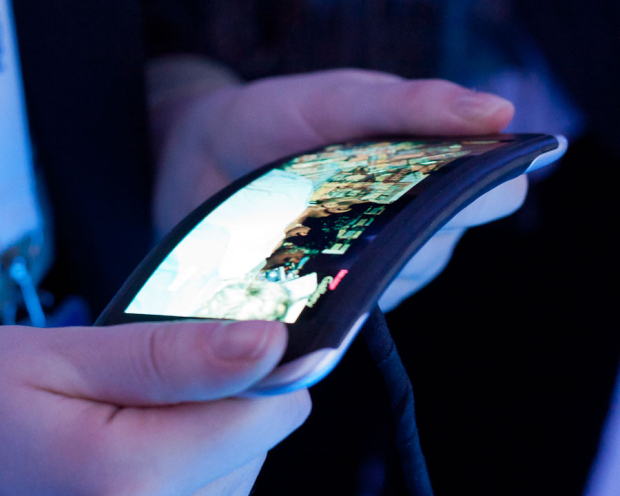 For instance, bendable screens could actually offer a more elegant solution to impact protection than Apple's iPhone airbags, or even let you mold your smartphone into glasses. And everyone likes new form factors for gaming. It's not hard to imagine bending the screen to send Angry Birds flying through the air.

Besides Samsung, Nokia is also hard at work on flexible displays of their own. If all goes well, there might be just enough time for Microsoft to bake some of the functionality into Apollo, the next version of Windows Phone, and, of course, Windows 8. If they can actually pull it off without losing any much of the quality we expect from our displays, flexibility might just be the beachhead Microsoft needs to take on the iPhone and iPad. It's all riding on the hardware maker's shoulders, and it's hard not to be a little (read: very) skeptical.