According to an anonymous tip over at Chinese website: PCBeta; who has been very good in the past for leaking details on Microsoft, the company could be testing its Edge browser on Android. If the following screenshot is to be believed, it shows Microsoft's commitment to retake marketshare, not only with Windows 10, but also with its core apps and services. 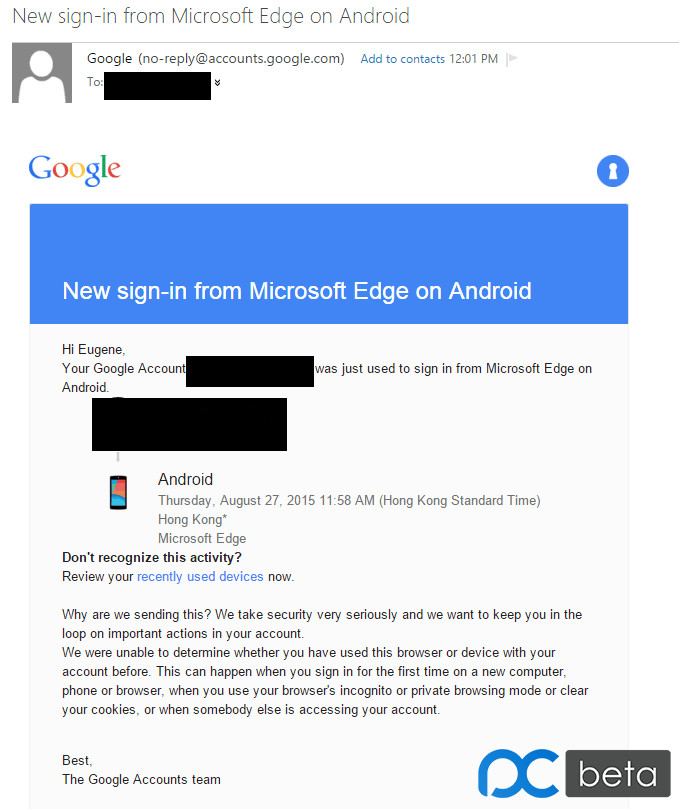 Although the screenshot could be a dirty fake, if true, Edge would just be one of the many other apps already ported over to Android, as pointed out in this request for a Edge port to Android over on the Microsoft Community; Travis McEndtree points out which services are already on the platform, those being: Bing, Bing Rewards Outlook, Microsoft Office apps, OneDrive, OneNote, Xbox Smartglass (Xbox One, 360), Office Lens, Groove, Lync and MSN Apps among others.

Of course this could also be part of Microsoft's new "Universal Windows Platform Bridges", or "Project Astoria" and "Project Islandwood" which will allow developers to build universal apps, while minimizing the amount of time it would take to recode for Windows. The same would apply to any core apps being coded for Windows 10 Mobile, which would require them to be coded in such a way that it's easy enough to port to Android and iOS.

"Right now we're building Microsoft Edge for Windows 10, we'll see in the future if it makes sense for other platforms" #BuildTour

Back in May, Microsoft MVP, Michael Gillett quoted one of the many announcements at Build 2015 in a tweet that didn't totally rule out Edge landing on other platforms in the future. But for now we'll have to take the screenshot at face value and a large pinch of salt, until Microsoft comments either way it's just speculation, but we have reached out to the company for comment. 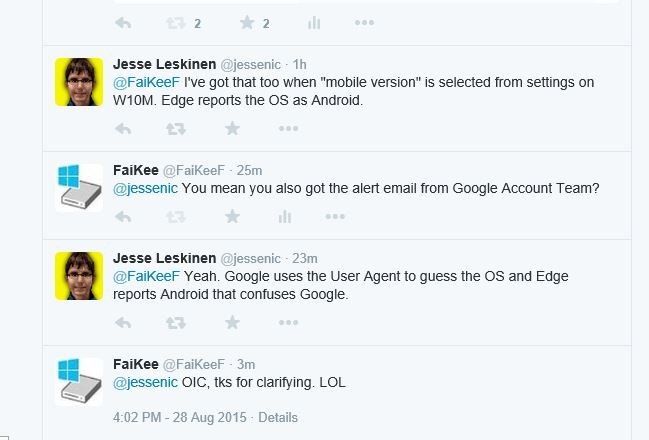 Update: FaiKee has been able to follow up with more details, letting us know that it appears that Edge incorrectly reports the OS as Android on Windows 10 Mobile when logging into Google.

Update 2: Gabe Aul replied via DM on Twitter with: "I don't have any info to share on that."