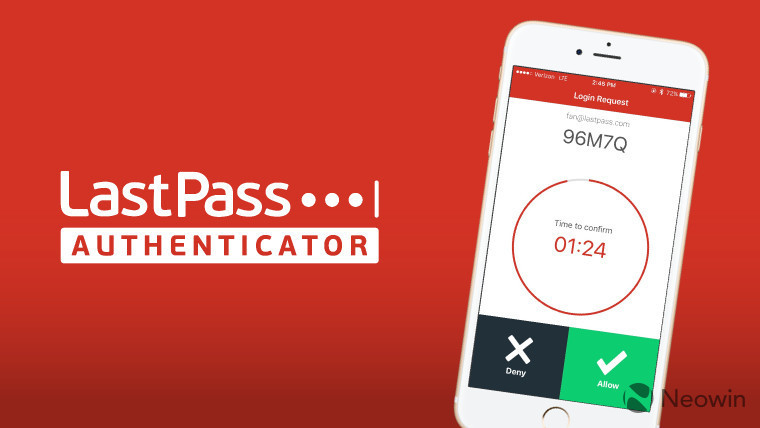 With this update, LastPass says that Authenticator has become the first such app to offer a push-based "one-tap experience" for verification on time-based one-time password (TOTP) sites, including the likes of Google, Amazon and Evernote, among others.

"As a result," the company says, "this update allows users to utilize LastPass Authenticator as a superior, convenient, two-factor authentication [2FA] experience, rather than managing multiple authenticator apps."

LastPass says that it aims to simplify the 2FA process to encourage more users to take advantage of this enhanced security measure. A global survey commissioned by the company claims that 70% of consumers do not use 2FA, and 60% of those users have no awareness at all of 2FA.

The updated Authenticator app does away with the need to enter a six-digit code to verify logins, allowing users to "simply tap an approval notification that has been pushed to their phone".

LastPass Authenticator works with the company's Free, Premium and Enterprise plans, and can also be used independently on websites or apps that support TOTP 2FA, even if users do not have a LastPass account.

LastPass is also among the first companies to launch a web extension for Microsoft's Edge browser in the new Windows 10 Anniversary Update, which began rolling out for PCs this week.