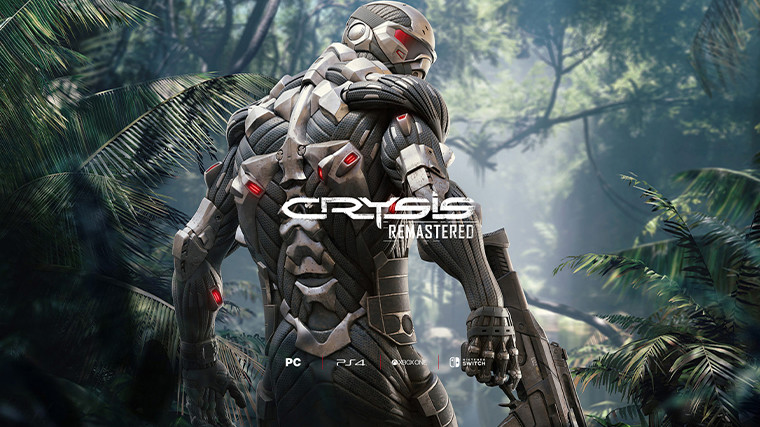 The Crysis revival teasers that Crytek began spreading on April 1 and during the past couple of days now look like they are culminating towards a Crysis Remastered announcement.

Thanks to screenshots taken of the page before it was pulled down, we see that the originally benchmark-setting title will be heading towards PC, Xbox One, PlayStation 4, and for the first time, Nintendo Switch as a part of this new release. Moreover, metadata information from the same page has revealed that the CryEngine-powered game will feature an "API-agnostic ray tracing solution for PC, PlayStation, Xbox, and – for the very first time – Nintendo Switch."

Considering the Crysis Remastered page was all ready to go before being pulled down, an official announcement should be coming very soon, hopefully letting fans know when they can go back to the lush jungles of the island as Nomad, and maybe even Psycho.

The website is now officially up, confirming the Crysis Remaster but still without a confirmed release date. See the teaser trailer above.