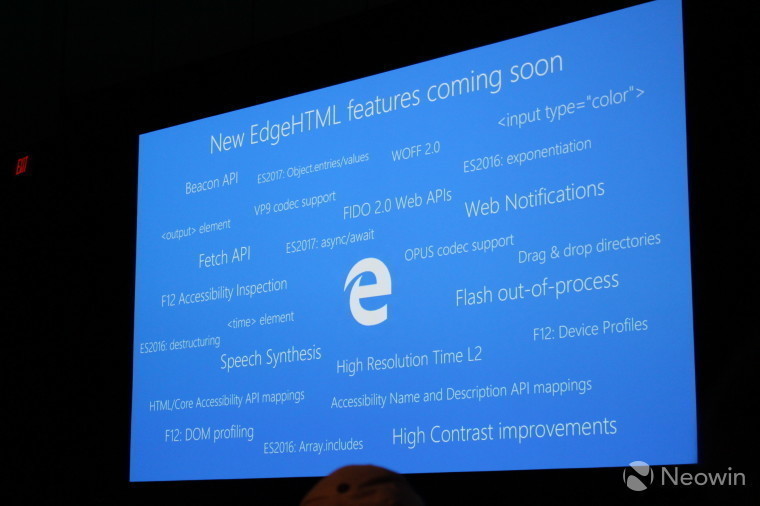 When Microsoft first announced Edge, it promised a much faster release cadence than Internet Explorer - one of the biggest problems with Microsoft's former browser was the glacial pace at which feature updates were pushed. Many expected Microsoft to take on a model similar to Google's Chrome, whereby the browser was updated separately from Windows but, unfortunately, that has not been the case since the browser was first shown to the world. That is soon going to change.

At an Ignite session recently, Microsoft's Fred Pullen announced that the browser itself will move from using Windows Update as its update vector to using the Windows Store sometime soon. This means that feature updates, such as controls, Reading View (and possibly extensions) will be updated independent of new Windows builds. The Edge engine, however, will still be chained to new Windows builds as other Universal apps also require it and tampering with it too often may lead to glitches with them.

Pullen did not give a date for when we can expect the change to be made but given that Redstone 2 is on the way that is the most likely date for release. The change will hopefully allow Microsoft to be more competitive and bring Edge on par with Google's offering, especially since Edge's share of the desktop market pales in comparison to Chrome's.