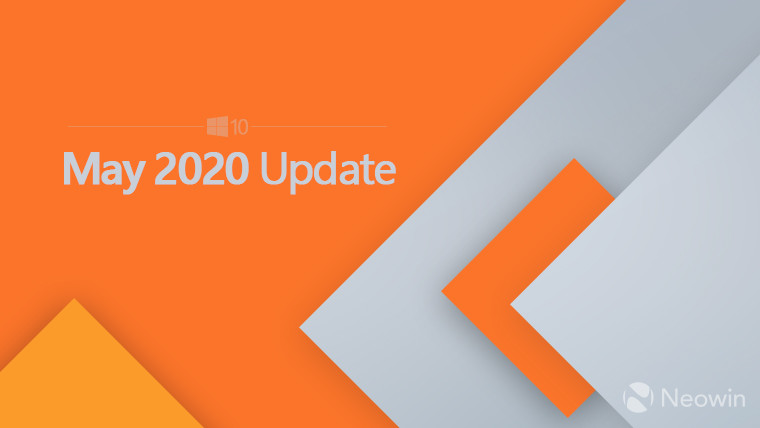 The Windows 10 May 2020 Update rollout has begun today, even if it's not coming to the average person's computer just yet. Microsoft released the official SDK today, but the Windows 10 feature update is also now available on MSDN, as spotted by WZor.

According to ZDNet's Mary Jo Foley, the update was originally supposed to roll out to everyone today, but Microsoft pushed it back a bit to patch a zero-day security vulnerability. And of course, the COVID-19 coronavirus pandemic is forcing Microsoft to focus more on stability for those that are working from home, so it's in no rush to roll out big new feature updates. This is also why there are no more optional mid-stream cumulative updates.

Once the Windows 10 May 2020 Update is generally available, it's still not going to be forced onto anyone's PCs like feature updates were in the old days. Eventually, it's going to pop up in Windows Update in the Settings app, and there will be an option to choose to install it. If you ignore it, you won't be automatically upgraded to anything new until the version you're on is nearing the end of support.

As for when the May 2020 Update is actually going to roll out to the general public, we're expecting that to happen in a couple of weeks on May 28. In the meantime, you can always enroll your PC in the Release Preview ring of the Windows Insider Program, where it's already available.