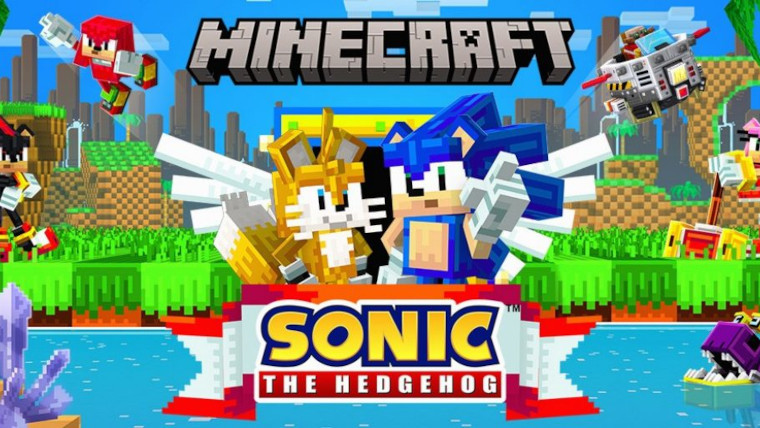 Minecraft has announced that the Sonic the Hedgehog DLC, which launched last June, has received a new update that introduces a new zone, Easter eggs, and new skins. The new Labyrinth Zone is a level from the original 1991 Sonic the Hedgehog where you’ll have to dodge obstacles and traps. As for the new skins, there are five available in addition to the 24 that already exist but Minecraft doesn’t want to ruin the surprise by revealing details.

In addition to all these goodies, players will be able to claim a Knuckles T-Shirt in the Character Creator for a limited time. If you want to get this item, you’ll need to claim it by June 4th otherwise it will be too late. The t-shirt is to celebrate the upcoming Sonic the Hedgehog 2 movie which is due in cinemas on April 8 in the United States. 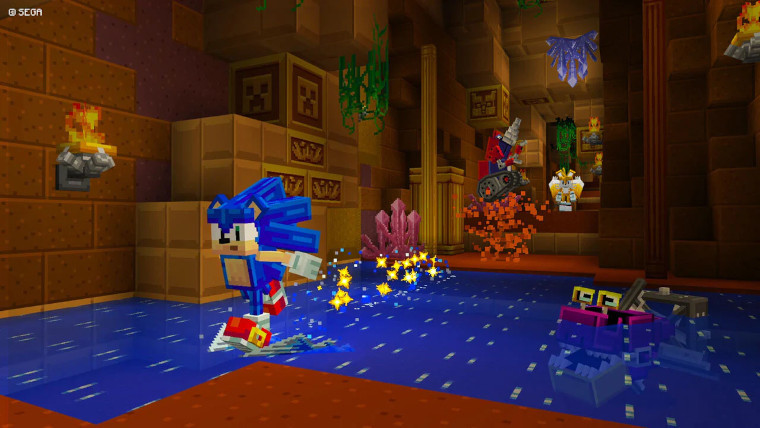 If you have already purchased this DLC, you’ll get the new content as a free update but if you’re yet to get it then you need to head over to the Minecraft Marketplace now. The DLC costs 1340 Minecraft Minecoins which you can buy with real money. You can buy 1,720 Minecoins on Amazon for $9.99, while it’s a little more than you need for the DLC, it will be enough for your purchase. If you do plan to buy the DLC, you'll need Minecraft: Bedrock Edition and access to the Minecraft Marketplace.