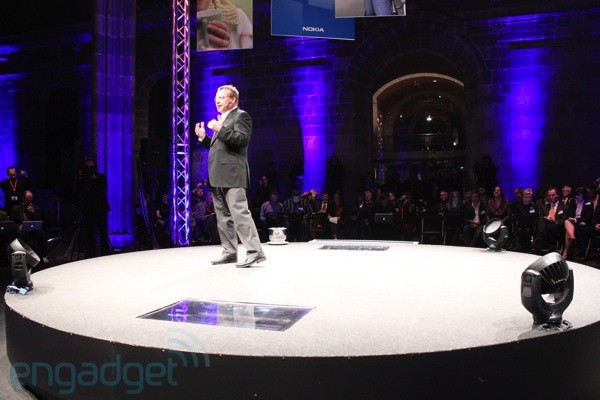 Today at the Mobile World Congress 2011, the biggest event of the year for mobile announcement and exhibitions, Nokia’s CEO Stephen Elop stated that “our first priority is beating Android.”

He went on to say that the company had no interest in being the only Windows Phone manufacturer despite some early rumours over the partnership.

The announcement at MWC comes just three days after the official announcement of Nokia’s partnership with Microsoft over its mobile WP7 OS, with news on the same day that the company is the beginning of retirement for Symbian, as they plan to phase the OS in favour of the newly welcomed platform. If that wasn’t enough excitement for one day, Neowin reported that some Nokia WP7 concepts have already leaked, which show us a promising future for the duo.

However, among the excitement of consumers, a large amount of Nokia employees didn’t feel the same energy as they walked out of Nokia's offices around the world, causing shares to fall by 14 percent, resulting in the largest drop since July 16.

Although Nokia believe that they will be of huge benefit to Microsoft, they still seem to be thinking about the overall benefit, and what Microsoft are able to contribute to them. "The question is, what's the contribution from Microsoft. They are contributing services like Bing and Xbox. They also -- this is a very important thing to recognize in the balance of the transaction -- they are contributing a dependency. They are placing a very significant bet on Nokia for the delivery of the location-based services. But there's another element that comes out of this: we are also receiving a new source of revenue through advertising."