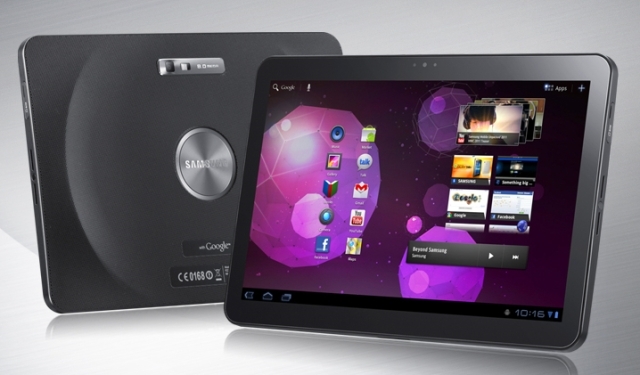 According to the press release, the tab is expected to reach 20 markets via Vodafone. Patrick Chomet, Vodafone’s Group Director of Terminals, said: “Vodafone customers in over 20 markets around the world will be the first to get the GALAXY Tab 10.1 when it goes on sale this spring. Samsung has produced a stylish, market-leading implementation of the new Android 3.0 platform which will be the first Honeycomb device to arrive in many of those markets. Vodafone’s competitive data tariffs and reliable, high-speed networks make using the GALAXY Tab 10.1 a great experience.”

The full press release can be viewed here.

And here are more detailed specs, thanks to Engadget. 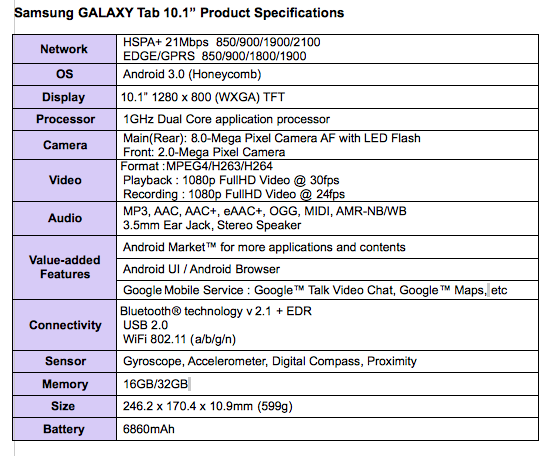