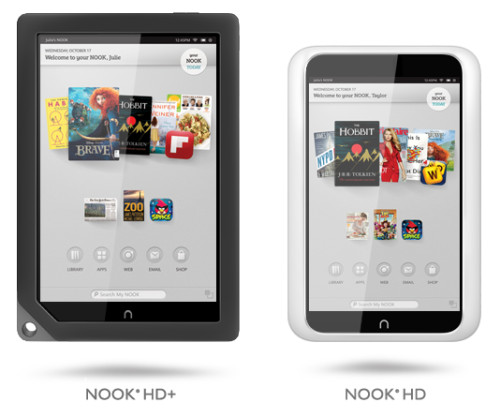 Barnes and Noble will no doubt have been looking forward to roaring sales of its Android-based Nook tablets and eReaders over the 2012 holiday season, but the bookseller admitted today that not enough people were interested in their new hardware products.

The company announced today that while Nook sales "got off to a good start over the Black Friday period", sales then dropped off for the rest of the nine-week holiday period and were below those of 2011. Barnes and Noble did not state how many Nook tablets and eReaders it sold. However, the total amount of revenue it received for the period was $311 million, down 12.6 percent from the same period last year.

The bookseller added, "We are examining the root cause of the December shortfall in sales, and will adjust our strategies accordingly going forward." Barnes and Noble launched two new versions of the Nook tablet earlier in 2012: the seven inch Nook HD and the 8.9 inch Nook HD+.

Today, Barnes and Noble said that revenues for Nook Media, its subsidiary that has a large investment from Microsoft, are expected to total around $3 billion for the current fiscal year.