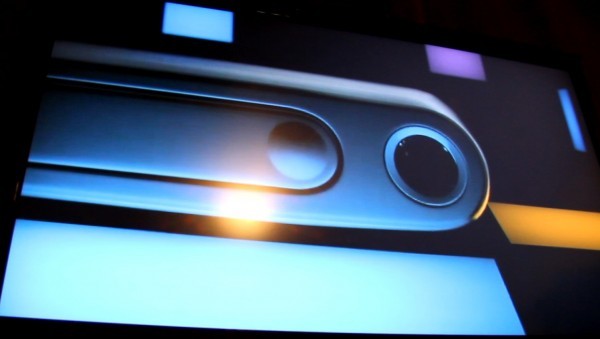 Nokia's big media event in London, also known as Nokia World, is only a few days away. Unless something changes, it's expected that Nokia will use the event to formally introduce its first smartphones that will run Microsoft's Windows Phone 7 operating system. But now there's a new and interesting development. UK TV networks are running very brief teasers that show some extreme close-ups of a smartphone.

The ads, first spotted by MyNokiaBlog.com, can be seen in the video below. As you can see, they are silent, take up just a few seconds, and are placed in between longer 30 second commercials. The blog speculate that the phone being teased is the Nokia 800, otherwise known as SeaRay, which if true would be the first public ad for the Nokia Windows Phone device.

Nokia has already said it plans to put out a huge marketing campaign for its Windows Phone products and if this is indeed the beginning of that effort we like what we see. The teasers make the phone look mysterious and somewhat futuristic and that's needed in order for the public to at least look at another smartphone besides Apple's new iPhone 4S.

Of course, all speculation will end soon as the Nokia World keynote address is scheduled to be held on Wednesday, October 26 at 9 am London time (about 4 am Eastern time here in the US). While Microsoft has a lot riding on the success of Nokia's devices, it's safe to say that Nokia has the most to gain if it can sell Windows Phone-based devices and the most to lose if it fails.