There are some really great apps for kids on your favorite tablet, catering to everything from games to coloring books, and they're becoming more and more popular in educational markets. But, as The Daily points out, there's one problem: Adult advertisements keep popping up next to Barney's smiling face.

Imagine you leave your six year old playing with a nursery rhyme app. A few minutes later, your son asks you, “Papa, what's Scientology?” As bad as that might be (unless you happen to be a Scientologist, of course), it gets worse: Even though Aaron Stein, a Google spokesman, told The Daily that its AdMob service specifically excludes “sexually suggestive text, images or situations, prescription drugs, hate speech, violence, alcohol, tobacco, firearms and gambling," those are the kind of ads that are causing the problem.

Part of the problem might lie with the fact that mobile apps aren't subject to any restrictions on what kind of ads get displayed to young audiences, unlike say, the internet or TV. The other problem supposedly involves the parents. Caroline Knorr, a parenting editor at Common Sense Media, says that “parents don't even realize that apps carry ads.” Alison Bryant, who is the founder of a media and family consulting firm called PlayScience, says that inappropriate ads are “a real problem.” 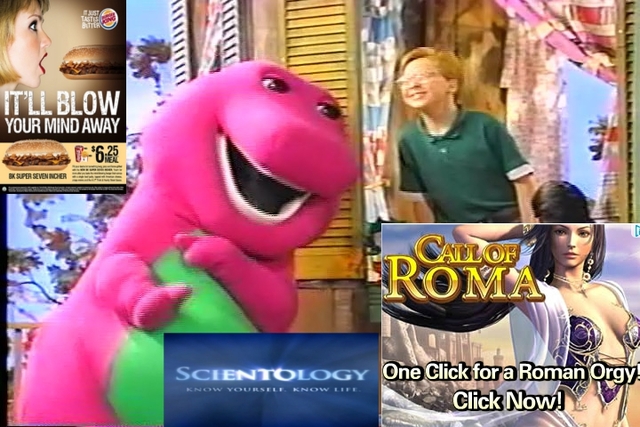 It's not like there's some kind of conspiracy to target kids with raunchy ads. The advertisers don't reach their target audience, parents get upset, and the app developer loses customers for something he didn't want to happen in the first place. Just ask developer Hien Ton, who was shocked when ads for meeting 'hot women' showed up in his ABC Phonics Sight Words app. “We are parents as well, and will not want our own kids exposed to these ads.”

So what's the solution? Stop using apps? Wait for the government to fix it? Ton suggests that parents should go the extra mile and shell out for the premium version of the apps. Developers can do their part as well, by making sure that advertisements in kids' apps get placed in the proper age category, but this is still a hit and miss approach.

Anyone who's spent any amount of time browsing the web has probably seen some pretty inappropriate ads in some pretty inappropriate places, even though they're being delivered by otherwise reputable companies. So the most important thing that can happen is probably that the ad servers work a little bit harder to make it easier for developers to control what kind of ads get displayed, and in what context. A little screening goes a long way, and not only are the parents happy, but the advertisers' money is better spent, too.