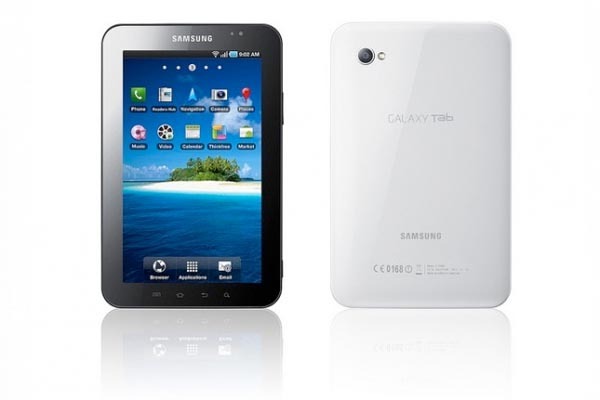 Just last week, Samsung announced their new Android 2.2 based tablet, the Samsung Galaxy Tab. When first announced, it wasn't certain which mobile networks would be supported. The Galaxy Tab has support for SIM-cards, but it was unclear whether a CDMA version of the device existed. Today, three people have tipped the WSJ to confirm that Samsung has made deals with Verizon, Sprint, and AT&T for the Android powered tablet.

Samsung's opt for supporting the three major U.S. mobile networks is to reach out to all of the customers that are unable to obtain a 3G enabled iPad since it is limited in the U.S. to AT&T's network. By supporting the three major networks, the Samsung Galaxy Tab can be purchased by a greater consumer base. Android developers will also enjoy this news, as they will know that their content will be accessible by a larger group of users.

According to two sources, the Galaxy Tab will be unveiled in the U.S. on September 16 at the Time Warner Center in New York City. Currently there is no set price, although in an interview with Hankil Yoon, a Samsung product executive, Yoon said that it would retail for between $200 and $300 based on the different carriers' subsides. Reportedly, Verizon is still on the fence about subsidizing.

The Samsung Galaxy Smartphone, not Samsung Galaxy Tab is currently available from the top four U.S. mobile networks, Verizon, Sprint, T-Mobile, and AT&T, so it is clear that Samsung enjoys this open market and ability to reach out to as many people as possible.

The Samsung Galaxy Tab was announced in Europe on September 2 in Berlin, Germany during the IFA conference, and will be announced to the U.S. market on September 16 at an event in New York City.