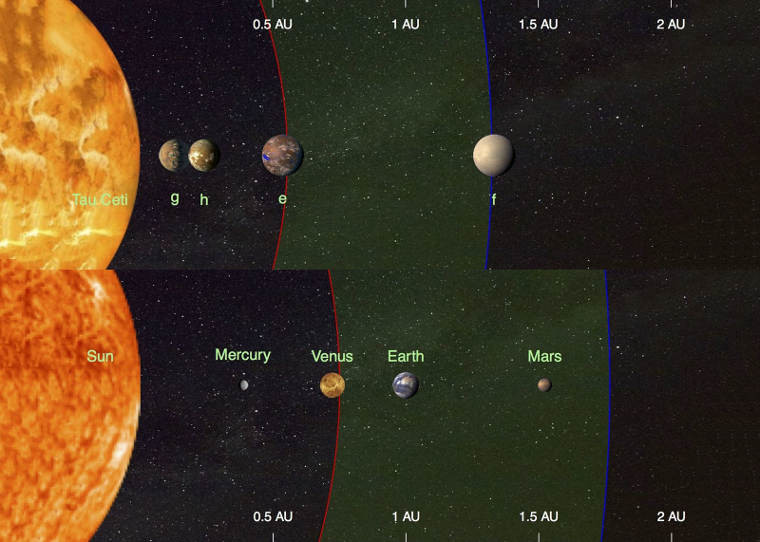 A team of international astronomers has discovered four Earth-sized planets orbiting Tau Ceti, a star similar to the Sun just 12 light years away, and visible to the naked eye if you’re residing in the southern hemisphere. The planets have masses as low as 1.7 Earth mass meaning they’re some of the smallest planets ever discovered around a Sun-like star.

The discovery of the planets was down to advancements in the astronomers' techniques. They were detected, not directly, but rather by wobbles made to the movement of Tau Ceti. It required techniques that could detect variations in the movement of the star as small as 30 centimetres per second. Researchers are now getting close to being able to detect movements as small as 10 centimetres per second which will allow them to search for planets the same size as Earth.

“We are now finally crossing a threshold where, through very sophisticated modeling of large combined data sets from multiple independent observers, we can disentangle the noise due to stellar surface activity from the very tiny signals generated by the gravitational tugs from Earth-sized orbiting planets.”