Almost a year ago, Microsoft stated at its Ignite Conference that it would bring Focused Inbox to Outlook Mail on Windows 10 PCs and phones sometime in the first quarter of 2017. 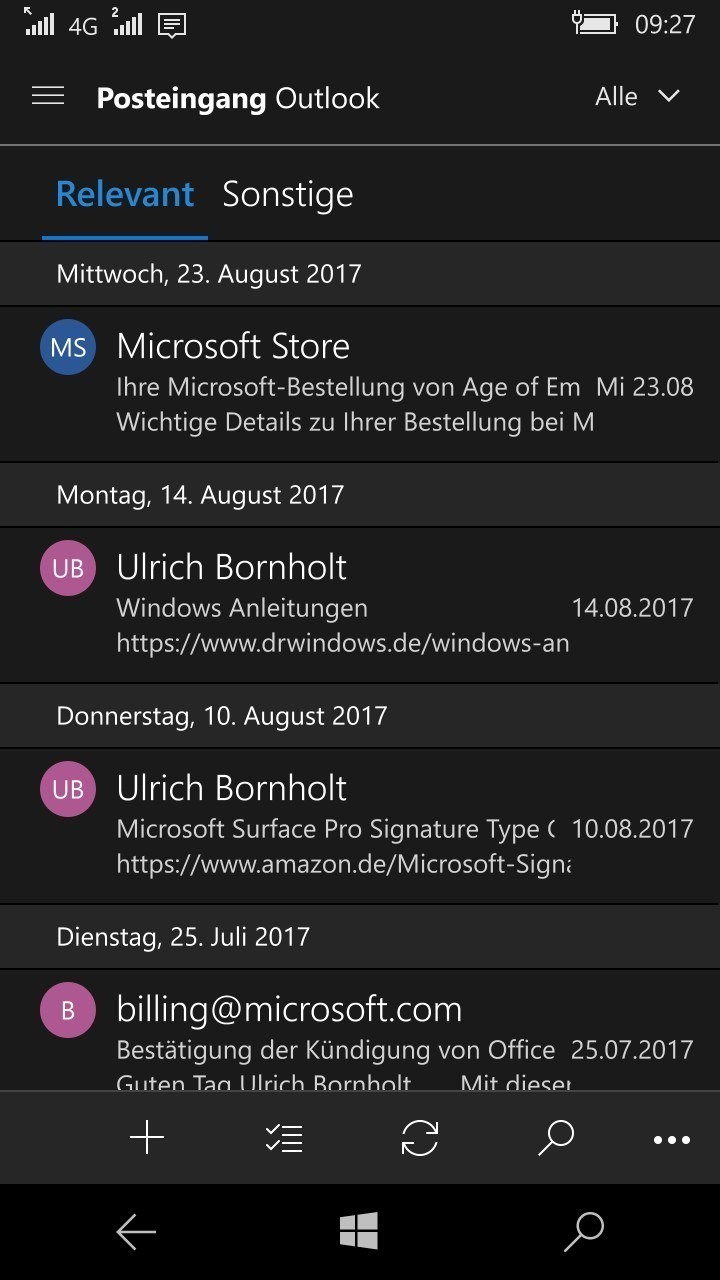 And although that has happened for Windows 10 PCs, Phone users have been left wanting, at least until today for some Insiders.

Focused Inbox shows you the most important emails in your inbox at a glance. It's useful if you receive a lot of directed mail junk on a daily basis and want to filter things down to the more high-priority items.

Spotted over on German blog WindowsUnited.de, Focused Inbox (labeled "Relevant" in the sample screenshot) looks like it is rolling out to at least some Release Preview users in the Windows Insider program. It doesn't appear to be available in the Fast ring yet, but it could also be rolling out to testers in gradual waves.

Focused Inbox for Android and iOS has been available for some time, so for those still rocking a Windows 10 Mobile device, this will come as a welcome feature on a platform that appears to come last in every developers thought process.

Microsoft has not announced availability of the Outlook Mail app on the Feedback Hub, or its shrinking Lumia social media channels, so users will just have to wait until it shows up.