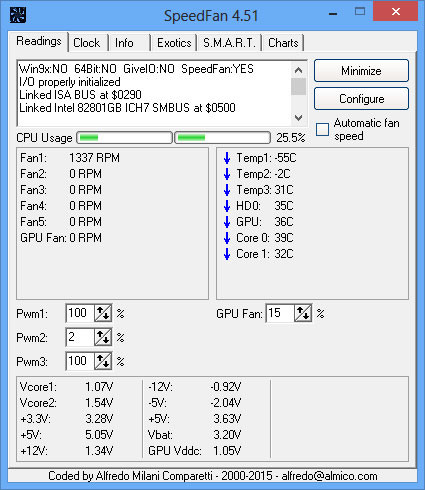 SpeedFan monitors temperatures from several sources. By properly configuring SpeedFan, you can let it change fan speeds based on system temperatures. SpeedFan supports SCSI disks too. SpeedFan can even change the FSB on some hardware (but this should be considered a bonus feature).