Two years ago we published an in-depth performance review of the fifth major installment in the Call of Duty series, World at War. Since then Call of Duty: Modern Warfare 2 was released almost exactly a year ago. Now on to a successive and very successful yearly release, Call of Duty: Black Ops arrives, paving the way for even more games in the series.

Developed by Treyarch, Call of Duty: Black Ops debuts a new theme around the Cold War conflict. We test 19 graphics card configurations, using AMD and Nvidia GPUs that range from the uber-expensive models to budget-minded offerings. On the CPU front, scaling and performance comparisons between dual, triple and quad core processors inside. 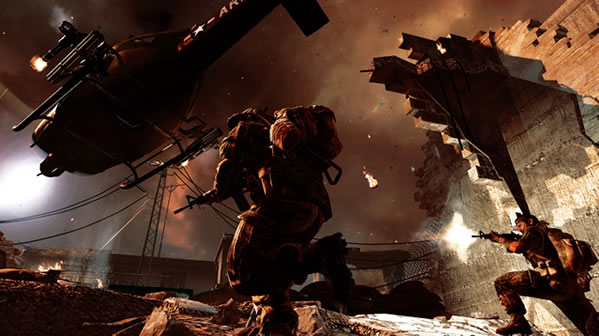 Besides the fact that it's coming from the same development team, Black Ops essentially uses the older Call of Duty 4 game engine. To be precise the game runs on an enhanced World at War engine, which is in itself an improved version of what Call of Duty 4 used back in 2008. This new revision of the engine features a streaming texture technology also supported in Modern Warfare 2 that allows for larger levels, for example the "Payback" level where the player controls a helicopter. Additionally, lighting effects have been improved and the game supports 3D imaging rendered when using the correct hardware.