Twitter is apparently testing a new feature in its Android app that will allow users to translate words to their home languages. The translation is provided by Microsoft's Bing service, which performs similar duties for the Twitter website as well as the official Windows Phone Twitter app. 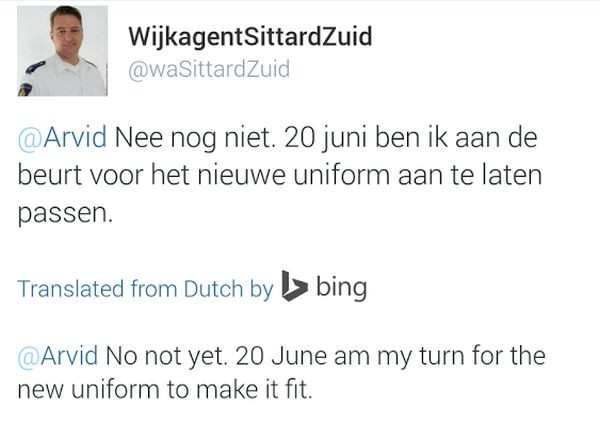 Blogger Arvid Bux posted an image on his Google+ account that shows the Bing translation feature in the Android app pretty clearly. However, Twitter has not confirmed or denied that it has plans to add Bing translation services to its Android app. That likely means it's still in testing.

However, it would appear to be just a matter of time before this new feature is rolled out to all Android Twitter users, and it's more than possible that it will expand to the iOS version as well. Microsoft has been making more of an effort to offer machine translation services to its products. Earlier this week, the company announced Skype Translator, which allows for audio translations of video chats. Microsoft plans to launch a beta version of Skype Translator for Windows 8 later this year, and it will expand those efforts to other platforms in 2015.