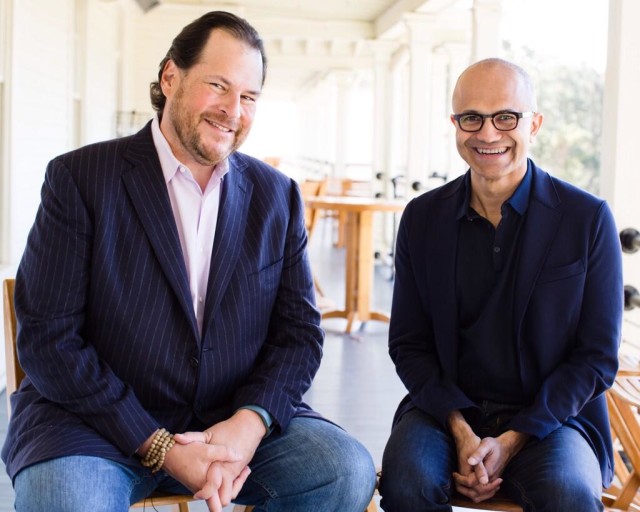 Although the terms of the deal were not disclosed, the two companies stated how pleased they were to be working together on creating new solutions for Office 365, Azure and Windows. The first fruits of the deal are expected to be seen later this year when a preview of the Salesforce app on Windows and Windows Phone. A more complete, final version is expected to be available early in 2015.

The two companies said that they plan to deliver the following solutions to customers over the next year:

Despite today’s deal, Salesforce CEO Marc Benioff has been openly critical of Microsoft and its products in the past. Back in 2012, he predicted that Windows 8 would be "the end" for Microsoft's series of PC operating systems, claiming that more companies will use cloud-based solutions. In January 2014, he said Microsoft as a whole needed "to push the reset button on vision."