Microsoft's introduction of the 12-inch Surface Pro 3 earlier in May has many people wondering what this might mean for the future of the tablet industry in general. In a new report today, research firm IDC is predicting a lower sales growth figure than it first thought for tablets, but sees a brighter future for larger 2-in-1 products and for Windows devices in general.

IDC's report is predicting that for 2014, worldwide shipments of tablets will come in at 245.4 million units, which is down from its previous prediction of 260.9 million units. The new numbers represent a sales growth of 12.1 percent for 2014, down from 2013's 51.8 percent growth in worldwide tablet sales. 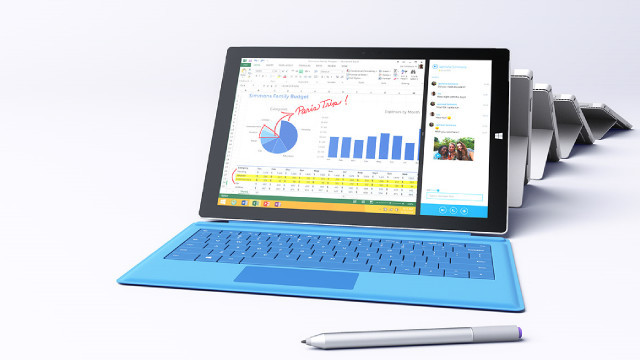 IDC says that consumers are keeping their tablets much longer than first anticipated and when they do get a new one, they give their old tablet away to another family member or friend. The growth in smartphones with larger screens has also impacted tablet sales, according to the firm.

However, this kind of activity could help Microsoft in the long run. IDC states, "Products with larger screens--like Microsoft's new 2-in-1, the 12-inch Surface Pro 3— are expected to play a greater role in the market going forward." IDC also believes that Windows-based tablets will see sales double between now and 2018.