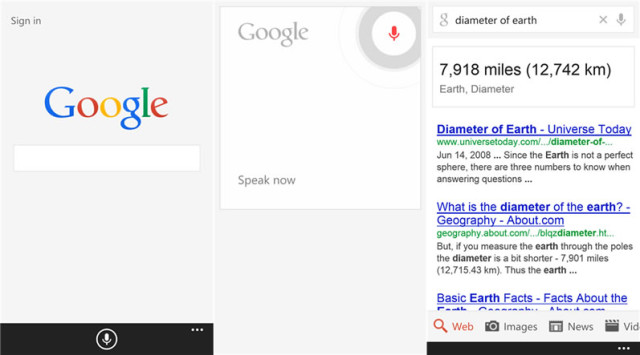 Today, however, Google unexpectedly decided to update its search app for Windows Phone 8 with a few new features. The biggest addition is the ability to see any voice commands that might be used displayed on the screen. The new version also has some improvements in Google Image viewing, along with the ability to sign into a Google account from within the app. Finally, Google has fixed some bugs too.

So does this new release mean that a thaw in Microsoft and Google's cold app relationship is happening? Not likely. Google still has not released an official Gmail, Map, YouTube or Google+ apps for Windows Phone 8 or Windows 8 and it doesn't look like it will happen anytime in the near future.