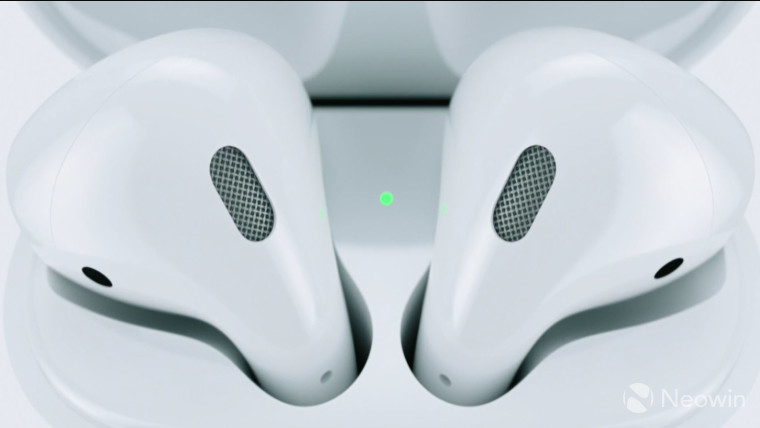 Apple announced their new wireless AirPods with much fanfare back in September of last year. Shortages around the holidays forced fans to wait to get their hands on them once the company started to take orders. Now, It appears Apple is having the same problem again this year keeping the popular Bluetooth earbuds in stock.

Looking at the various websites, the Apple Store, Best Buy, Target, Walmart, and other online shops are out of stock already, with carriers Verizon and Sprint also reporting being sold out. The Apple Store said online orders won't be ready again until the second or third week of January, while other retailers won't get any shipments until at least January 4.

The good news is that there are apparently plenty in stock at Apple Store in New York, Florida, and a few other cities. Hopefully, you live near one of the cities with an Apple Store and can physically drive there to get a pair. Otherwise, you are pretty much out of luck.

The problem isn't just in the United States, either. The UK is reporting that most retail chains are out, and that online supplies are dwindling fast, according to The Express. Only a few outlets are reporting having any in stock, such as EE and Curry PC World.

The $159 AirPods' five hours of audio playback or two hours of talk time seems to have appealed to users on the go. The portable charging case also makes a nice perk. The iPhone 8, 8 Plus or iPhone X, were rumored to come bundled with the device, but that later proved to be false as they came with standard EarPods instead.

If you were set on getting a pair for a friend or loved one and waited a bit too long, maybe they will accept a nice "Thinking of You" gift in January instead.