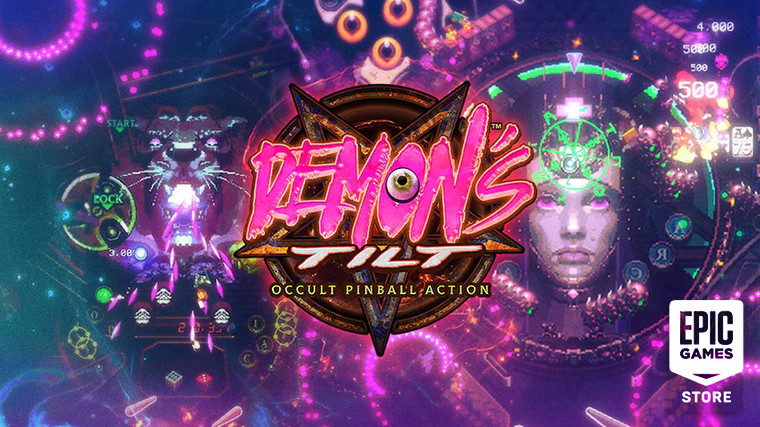 Let's kick things off today looking at the latest Epic Games Store freebie. The pinball game Demon's Tilt became the giveaway title earlier this week. This is a returning promotion, so you might already have a copy in your library when going in the claim.

Coming in as a genre-mashup between pinball and hack n' slash, the title inspired by H.P. Lovecraft horror themes. If you've played classic Crush Pinball games like Devil's Crush, this will be a familiar experience.

The latest freebie from Wiznwar will be available until Thursday, March 31. It will be quite an eventful giveaway next week, as Epic is bringing in Creative Assembly's Total War: Warhammer as a freebie alongside the dungeon crawler City of Brass.

Humble's latest charity bundle is combining a massive franchise from Paradox Interactive into a handy collection. It is the hit grand strategy experience Europa Universalis IV that's getting the all-in-one treatment this time, and this bundle is carrying the base game plus 32 expansions and DLC content.

It is the $1 starting tier that includes the Europa Universalis IV base game. The $10 second tier, $15 third, and $20 fourth, simply expand the amount of additional premium content you can attach to the game. Everything except the recently released Origins add-on for the game is included here. Moreover, every key can be redeemed either on Steam or Epic Games Store.

Like the massive Ukraine charity bundle from last week that just ended, the above collection is also providing aid for the country, this time via World Central Kitchen. The bundle will keep its doors open until April 13, so you have plenty of time to decide if your grand strategy cravings are satisfied.

Your choice of free weekends comes from the Ubisoft store (or Epic) and Steam this time.

Over on the Ubisoft camp, the publisher is hosting a free event for Far Cry 6, offering the complete base game to try out until March 28. The promotion arrives just when a free Stranger Things crossover mission has dropped in.

Meanwhile on Steam, Paradox Interactive is hosting a free event session for Surviving the Aftermath, the post-apocalyptic strategy and city building game. You can play the base game through Sunday and see if your colony can survive.

If you missed out on the Square Enix publisher sale from last week, there is still a few days left on the massive promotion. Spring sales are also starting to pop up here and there. Find highlights from those and much more below in our big deals list below:

GOG is currently hosting a games festival of its own. This spring edition event has hundreds of games on sale, flash deals, demos to try out, and other festivities. Check out our small DRM-free highlights section below: