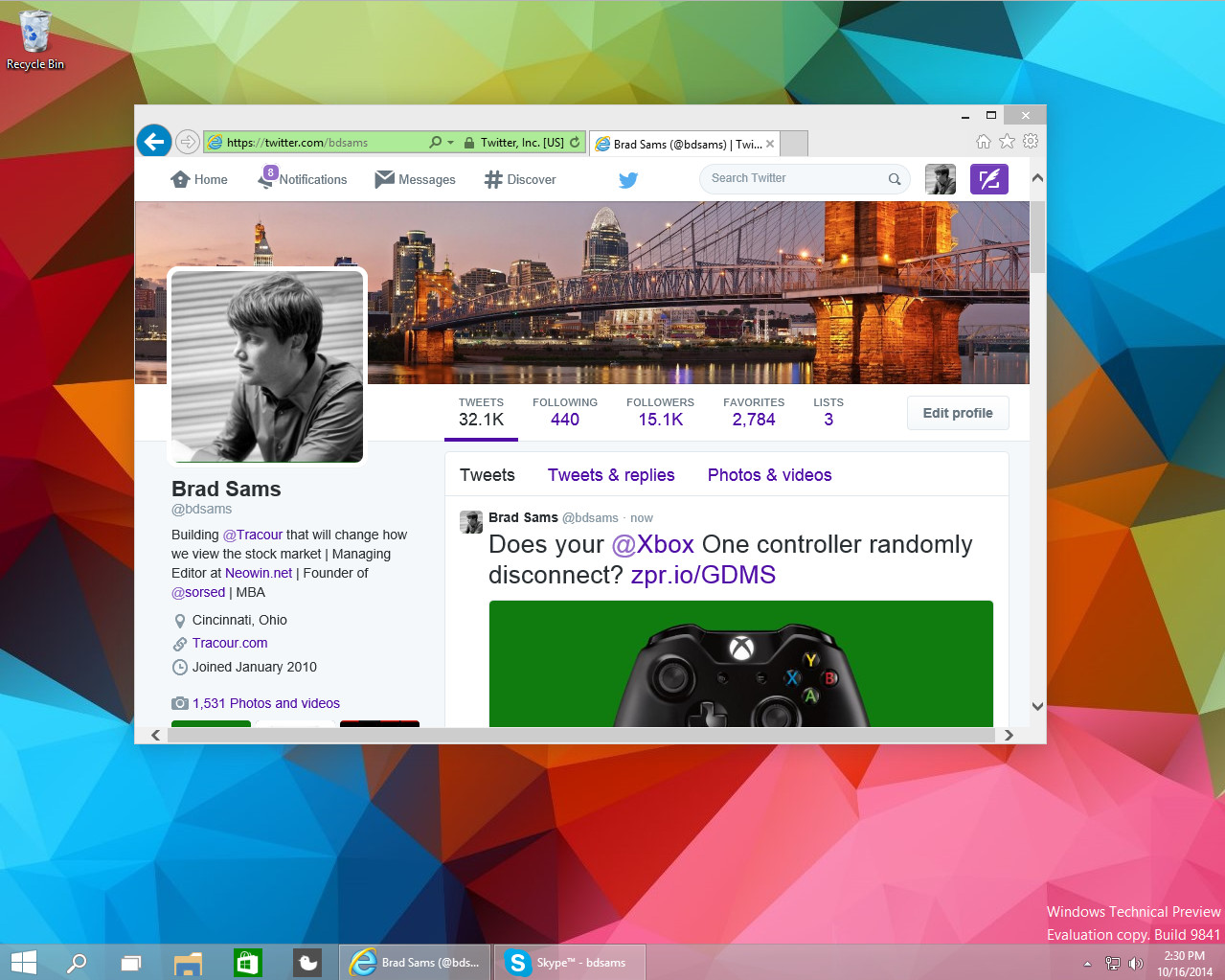 Earlier this week, Microsoft said that they would be releasing an update for the Windows 10 technical preview in the near future. They also said that if you tweaked your registry to see unreleased builds, that this would block you from getting new updates; here is how to fix your system so you get future updates.

According to the feedback that Microsoft has been getting, anyone who suggested that Microsoft should include more animations in Windows 10, you will be happy. The current builds of Windows 10 have a more polished UI (no surprise there) which includes new animations as well. The notification center has also appeared in more recent builds but we are not sure if the feature will be part of the upcoming technical preview release.

Now this next bit should be taken with a pinch of salt, as it's a bit harder to decipher the signals we have been getting but it looks like the next public release for Windows 10 may be in the 9860 class of releases. We say this because of the way Microsoft has distributed the builds to certain testing groups within Microsoft that match the same 9841 release patterns.

Again, this is all brand new territory for us (and Microsoft), so trying to understand how Microsoft will go about testing internally before pushing out to external users is still a learning process for those that watch Microsoft closely.

The takeaway from this is that inside the walls of Redmond a build of 9860 is circulating to a large group of testers, much larger than the private branches you see over on the buildfeed. While we don't have an exact date for when the build will go out, it is following the same release pattern as 9841.