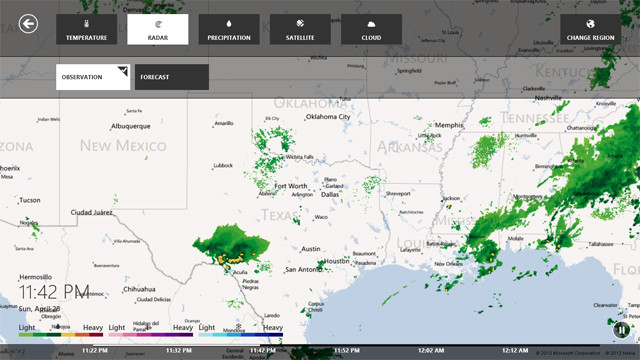 Microsoft's Bing team updated its Weather app for Windows 8 and Windows RT late Sunday to include location and mapping improvements, among other new features.

Though the app's release notes appear outdated, a blog post by the Bing team indicates the primary improvement is an interactive weather map that is dynamically updated with moving weather patterns as they're monitored. The map includes satellite, temperature, precipitation, cloud cover and radar options. Additionally, the app now appears to feature improved location-setting features, as users will now see a "get started" option to add favorite places directly from the app's home screen.