Have you ever been in a situation in which you'd like to request an Uber ride, but you'd prefer waiting some time for it to be cheaper? If so, the company may have good news for you in the near future.

Quartz spotted a tweet from an Uber employee - which has since been deleted - showcasing a new feature for the ride-hailing app, which would let those looking for a ride know when they can save money by waiting a little longer instead of requesting the ride right away. 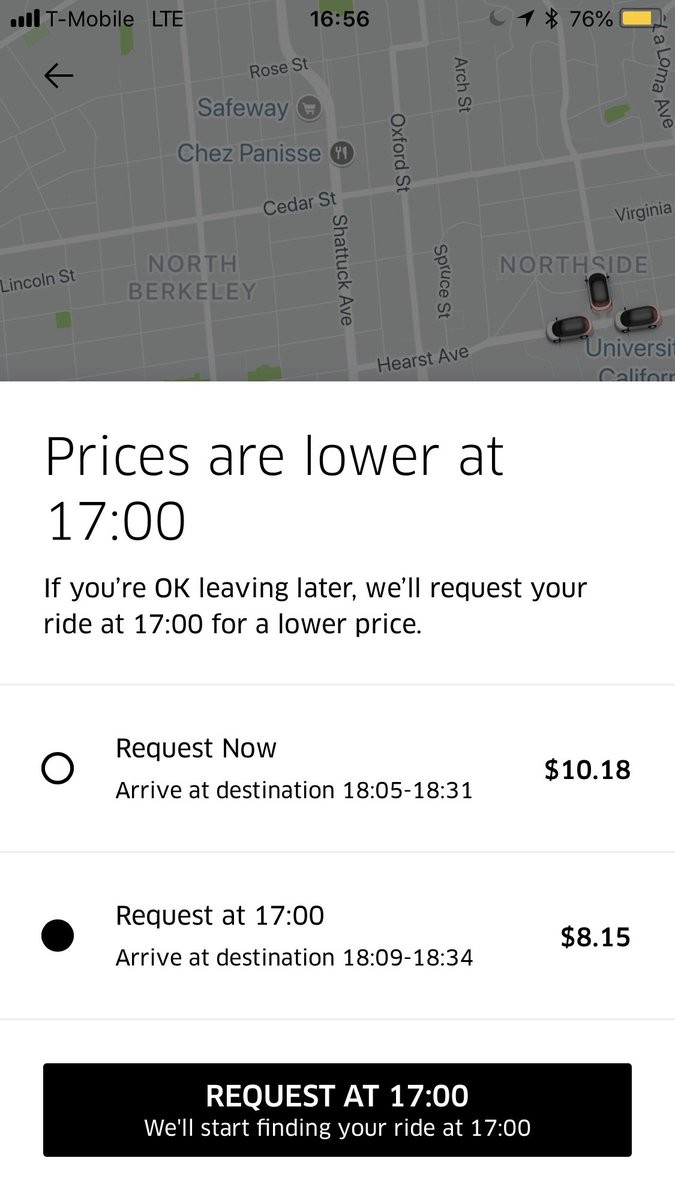 As you can see in the screenshot included in the tweet, the user is warned that a cheaper ride will be available in just four minutes, saving the rider about 20% of the cost of the trip.

The feature is currently in testing by employees in the San Francisco and Los Angeles area and it's unclear when it could be coming to the public. Nonetheless, it's a good sign for those who often request rides from the service.

The move is a clear attempt by Uber to keep its customer base, as other ride-sharing services such as Lyft have been growing and posing a bigger threat to its dominance. The move also helps somewhat compensate for the price increases the company started implementing last year due to higher costs and complaints from drivers.

More importantly, the new feature clearly distinguishes Uber's stance from where it was a year ago when it started raising prices for users based on what they might be willing to pay.

As it faces fiercer competition in the United States, Uber has also been trying to expand its offerings to other countries, recently releasing a lightweight version of its app for countries and areas with limited connectivity.