Google is known for putting in Easter Eggs in its various websites, such as the recent discovery of a Breakout game when searching for image results. This week, yet another odd Easter Egg was outed by Google itself as part of its planned to launch a Geek Week event on YouTube.

We won't spoil just how the code is unlocked but once you figure it out (or searched online to find the answer) you type in a certain search string on the YouTube.com website to come up with the following change to the site itself 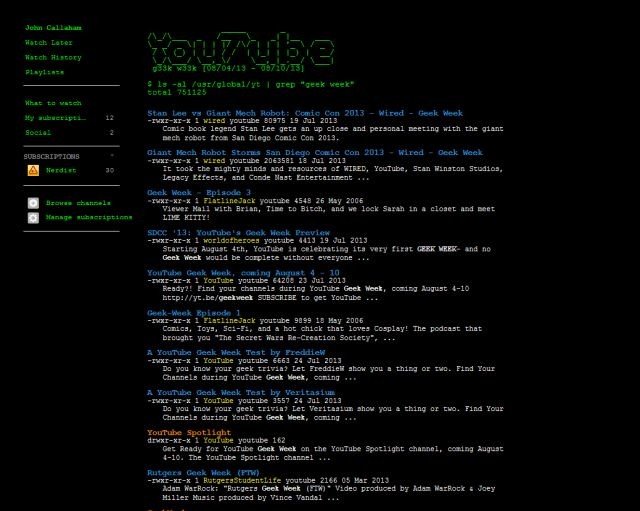 The UNIX look certainly will take a lot of long time Internet and PC users back to the 1980s and 1990s, where text displays were the norm and a 56K modem was considered to be a speed demon. The whole thing is a way to put some attention to Geek Week, which runs on YouTube from August 4-10th. The site will host a number of special videos with a geek or tech theme from a variety of popular YouTube channels.