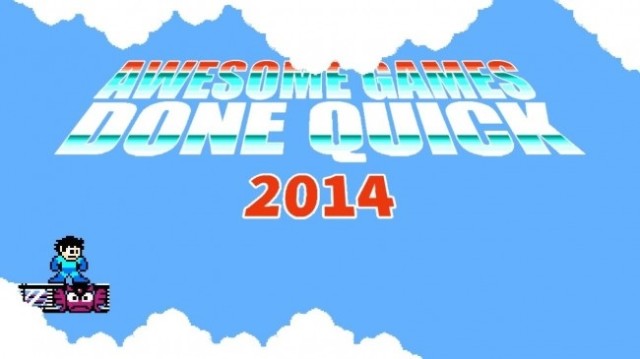 The latest Awesome Games Done Quick marathon has raised a record-breaking sum, $1,025,267.62, all of which will be donated to the Prevent Cancer Foundation. This figure wholly eclipses the previous year’s haul, a measly sum of $448,423.27, also a record at the time.

For those readers unfamiliar with Awesome Games Done Quick, it is a fundraiser planned and hosted by the people behind speeddemosarchives.com, a wonderful time-waster of a site that hosts speed runs of seemingly every game in existence. During the course of the week long event (Jan 5-11), the best of the best speed-runners in the world demonstrated their skills in front of a live audience. While they did what they do best, gamers across the world kept the donations rolling in, leading to an impressive average donation of $37.01.

Beyond straightforward speed runs, the event also included a few mind-boggling spectacles. How about playing Super Mario 64 with only one hand (at 12:23)? Or beating the NES classic Super Punchout!! while blindfolded (at 54:40)? Super Nintendo fans will likely enjoy a simultaneous four player speed run of Super Metroid.

Whether you find such feats impressive or not, I think we can all agree that it’s great to see gamers across the world uniting around a very important cause. Many more speed runs can be found at speeddemosarchives.com. I must warn you, before visiting the site, that you should plan to sacrifice the next few hours of productivity.