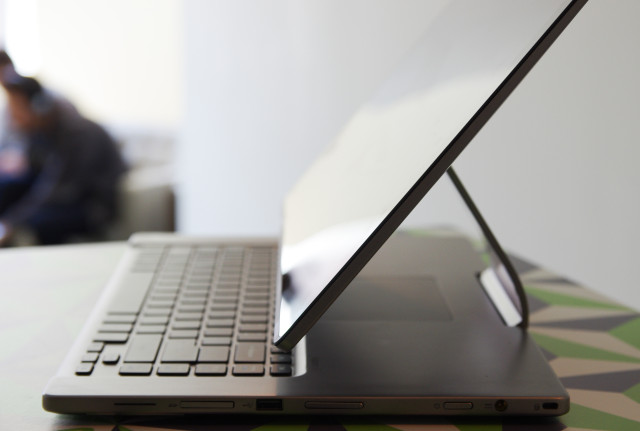 Acer recently launched the Aspire R7 laptop/all-in-one-PC alongside their new tablet, the Aspire P3, after many months of silence from the company. Acer President Jim Wong has been one of Microsoft't biggest critics, claiming that the Windows 8 launch was unsuccessful and that Microsoft was wrong for entering the hardware market with the Surface, which may or may not be doing well.

CITE World is reporting that Wong claimed in an interview that a Windows RT tablet has "no value" and that Acer is waiting for the next release of RT. "The plan for an RT tablet is ongoing. To be honest, there's no value doing the current version of RT," said Wong. Windows RT devices have not, according to multiple estimates, being doing well, capturing just 0.4% of all tablet operating systems in Q1 2013.

Acer is focused on hybrid devices that combine both laptop and tablet functionality at multiple price points, such as the newly released Aspire R7. According to Wong, "users [are] looking for more versatile products." Wong said Acer expect 25% of their tablet sales to be Windows 8 tablets and that Acer's outlook for Windows 8 is positive. The Surface, and the distraction it caused, was one of the reasons that Windows 8 had a slow start, according to Wong, but it's back on track now.

With so many other OEMs offering Windows 8 products and the (slow) decline of the PC industry, Acer needs to be at the top of the innovation curve, says Wong, and Windows 8 will be an important part of that.