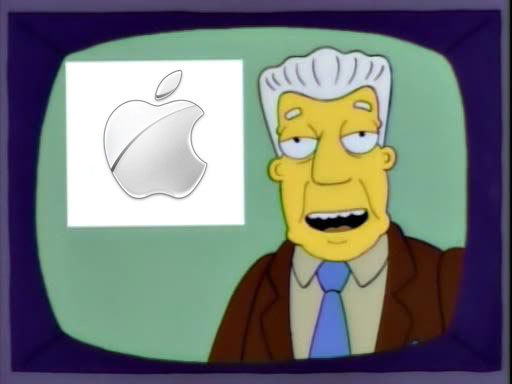 Today, Apple announced it's Q1 result for 2012, bringing in record profits which surpass anything the company has ever seen. The Cupertino giant reported revenue of $46.33 billion, with net profit of $13.06 billion. Not bad for a company that was floundering just ten years ago.

What's staggering, however, is this table over on Wikipedia that shows the "largest corporate quarterly earnings of all time" where Apple comes in at fourth place.

A quick inspection of the chart shows just how close Apple is to the top, a mere $3 billion away from being the most profitable ever. What you may not have noticed, however is that Apple is the only consumer electronics company on the chart. Actually, the company is the only one that isn't in the oil and gas sector, which is incredible.

The below graph from MacRumors shows just how big of a jump Apple experienced this quarter compared to previous ones, and it's hard to grasp the scale of money involved. For a company that "failed" by launching the iPhone 4S, they're doing pretty well. 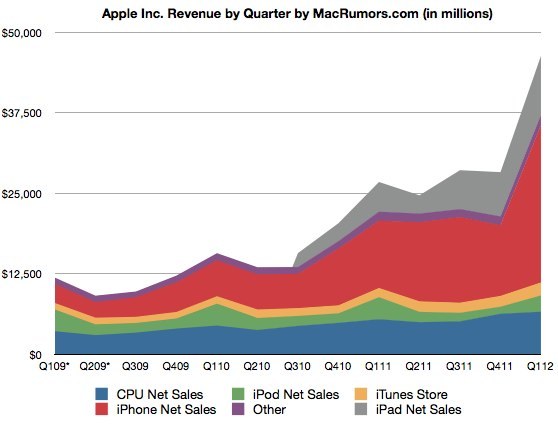 It's hard to see how a company this large (Apple is worth more than Greece now, by the way) could lose such a tight grip on the market, unless it fell into complacency like companies such as RIM did. It's likely we'll see some revolutionary products this year that are very different from anything we've seen before.