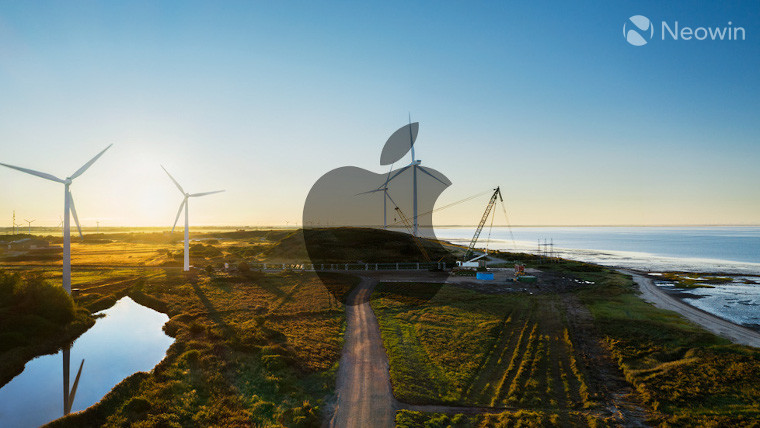 Apple has announced that it will invest in the construction of two onshore wind turbines that will produce 62-gigawatt hours every year. The 200-metre-tall turbines, which are located near Esbjerg in Denmark, will help power Apple’s data centre in Viborg with surplus energy going to the Danish grid.

“Combatting climate change demands urgent action and global partnership — and the Viborg data center is powerful proof that we can rise to this generational challenge. Investments in clean energy deliver breakthrough innovations that bring clean energy and good jobs to businesses and local communities. This is an area where we have to lead — for the sake of our planet and future generations.”

The turbines which will be located in Esbjerg are not the first renewable energy projects that Apple has participated within Scandinavia. Recently, a large solar array in Thisted, Denmark was completed and was the first in the country to be built without the assistance of public funds. Both that project and this are helping to power the Viborg data centre which provides services such as Apple’s App Store, Apple Music, iMessage, Siri, and other services.

Apple has been working to become carbon neutral for years now and has achieved that goal for its operations. In the next decade, the firm wants to ensure that every Apple device sold will have a net zero climate impact by transitioning all of its suppliers to renewable energy.