The second episode of Batman: The Enemy Within is titled The Pact, and it picks up immediately after the events of episode one. The Riddler, who it seemed would be a decent antagonist for the latest season of Telltale's Batman has been mysteriously killed off while waiting for his "friends" to show up on Gotham docks.

As such, the only way left for Batman to infiltrate Riddler's inner circle is to join them directly, in what promises to be an exciting premise for this episode. But does The Pact live up to its potential? Find out in our full review of the episode! 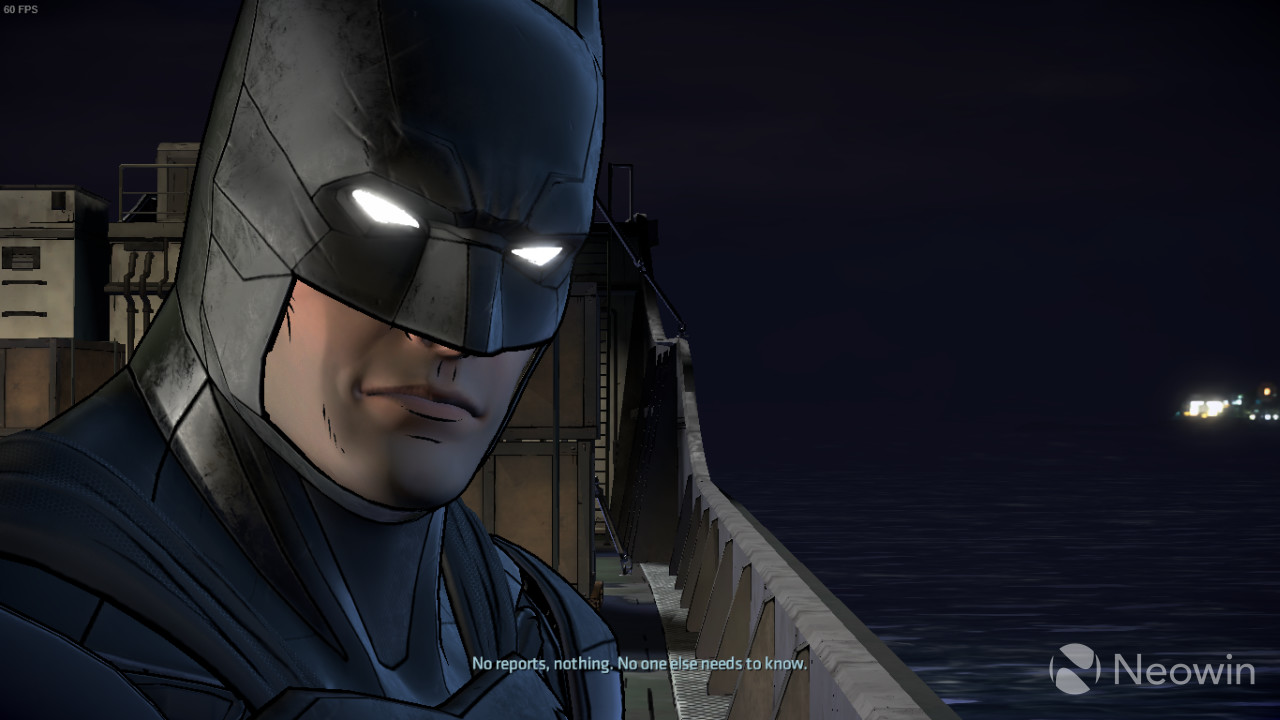 The episode begins conventionally enough, with Batman facing the aftermath of his decisions from the first episode (which could vary depending upon the options you chose). I appreciate the fact that The Pact didn't spend too much time dwelling over the tragedy and instead opted to jump right into the action, after deciding on whether he wants to team up with Amanda Waller.

Waller is pretty cliched in the sense that her portrayal is nothing different from what we have already seen in various movies, TV shows, and comics such as The CW's Arrow and Suicide Squad. However, this isn't necessarily a bad thing, and rather helps in understanding and analyzing the Waller's character, given her similarities with previous portrayals.

Moving on, the action on Telltale's Batman continues to be as exciting as ever. I know many people hate quick-time events (QTEs), but since the developer added more mechanics to the gameplay - which I discussed in my review of the first episode - I've been genuinely looking forward to more action-packed scenes. 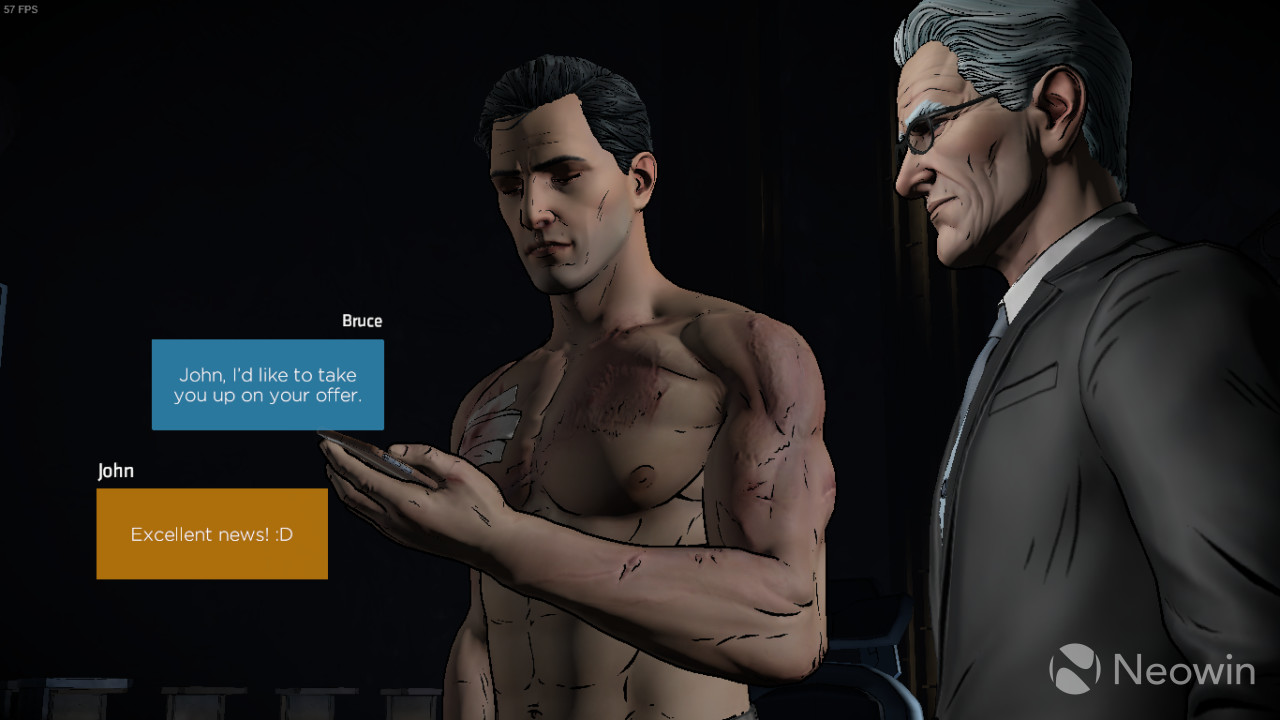 However, The Pact offers very little exploration and investigation opportunities and instead opts for increased interaction between its characters, both old and new. As such, after the action sequence, the episode feels fairly slow; in fact, I almost dozed off during the first half hour.

Even though a pretty major antagonist from Batman's Rogues Gallery, Bane, shows up, his portrayal feels extremely one-dimensional, making any in-fight taunts surprisingly boring. Bane is showcased as a muscular thug who doesn't exactly look, or sound, smart. 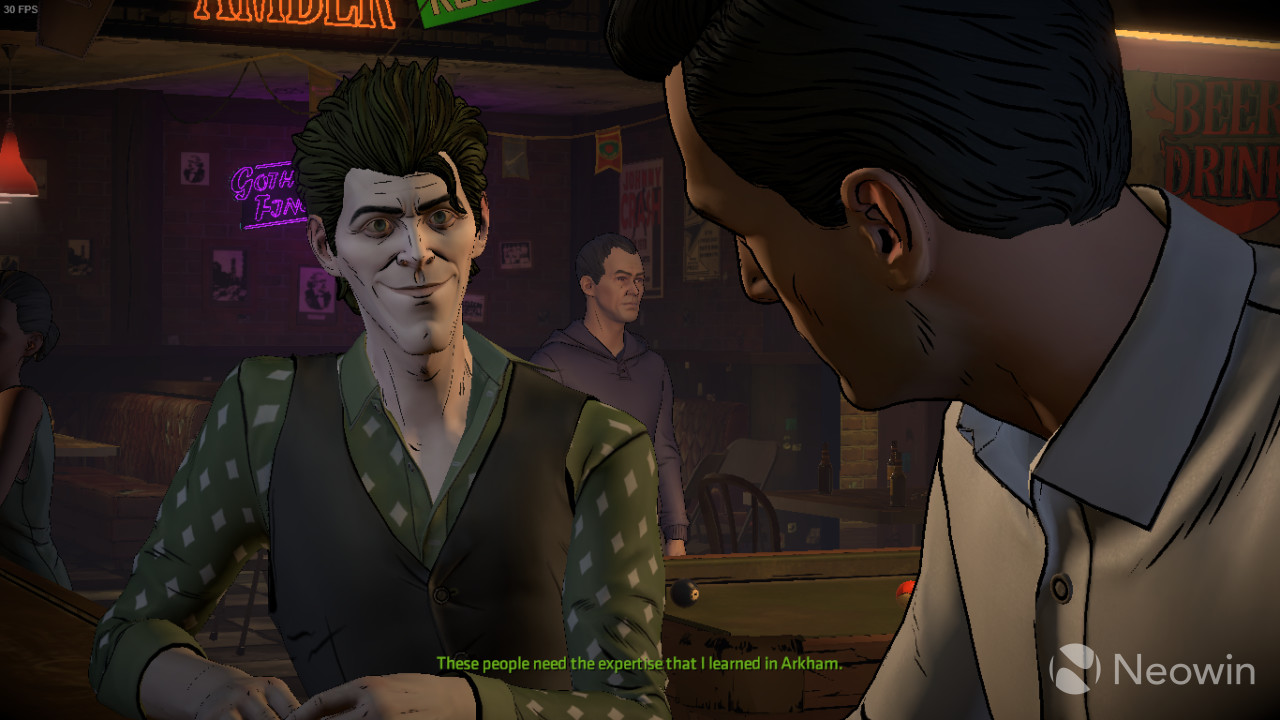 However, The Pact makes up for this apparent misstep with some entertaining and comedic dialog. One scene, in particular, involving Bruce Wayne and the Joker John Doe in a bar, is extremely funny and can play out differently depending upon the dialog you choose.

Now I know some reviewers don't like this iteration of Harley but I, for one, really appreciate this take on the character. Sure, the accent seems forced at first, but it grew on me as I progressed through the episode. Swinging her gigantic mallet, and spouting truly disturbing dialog, which makes for some rather awkward scenes, making her a worthy addition to the steadily growing character roster. 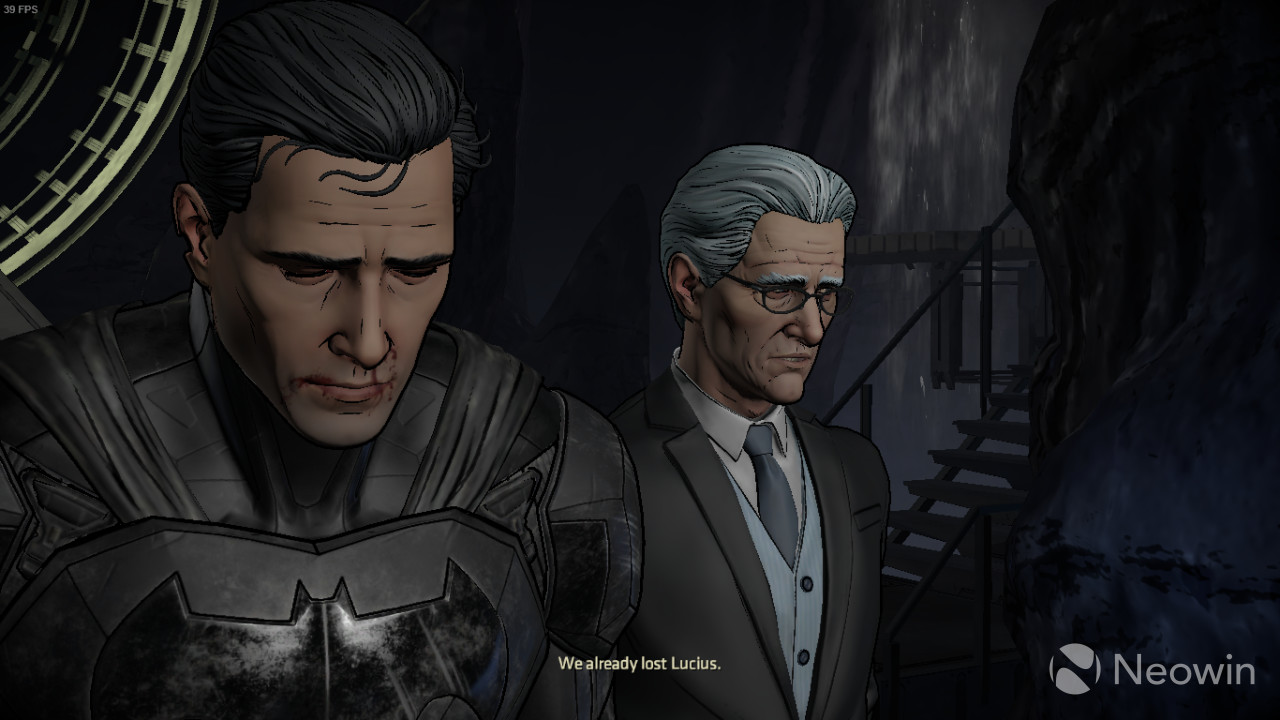 Right now, I'm not sure about the extent to which players can malleate John - Telltale did promise that we'd be shaping his origin story - but it's certainly intriguing to converse with the character. While one part of me understands that he'll turn into the Joker towards the end of this season, regardless of my actions, another part of me wants to believe that he can be saved. This juxtaposition makes for some very interesting gameplay.

That said, The Pact falls flat towards the end. The final fight sequence feels very rushed, the objective of the mission is convoluted, and the payoff just isn't worth the 100 minutes that I invested into this episode. At the end of the episode, you'll be remembering the good bits from The Pact but at the same time, you'll also be questioning if it was worth your time. At least that's how I felt. 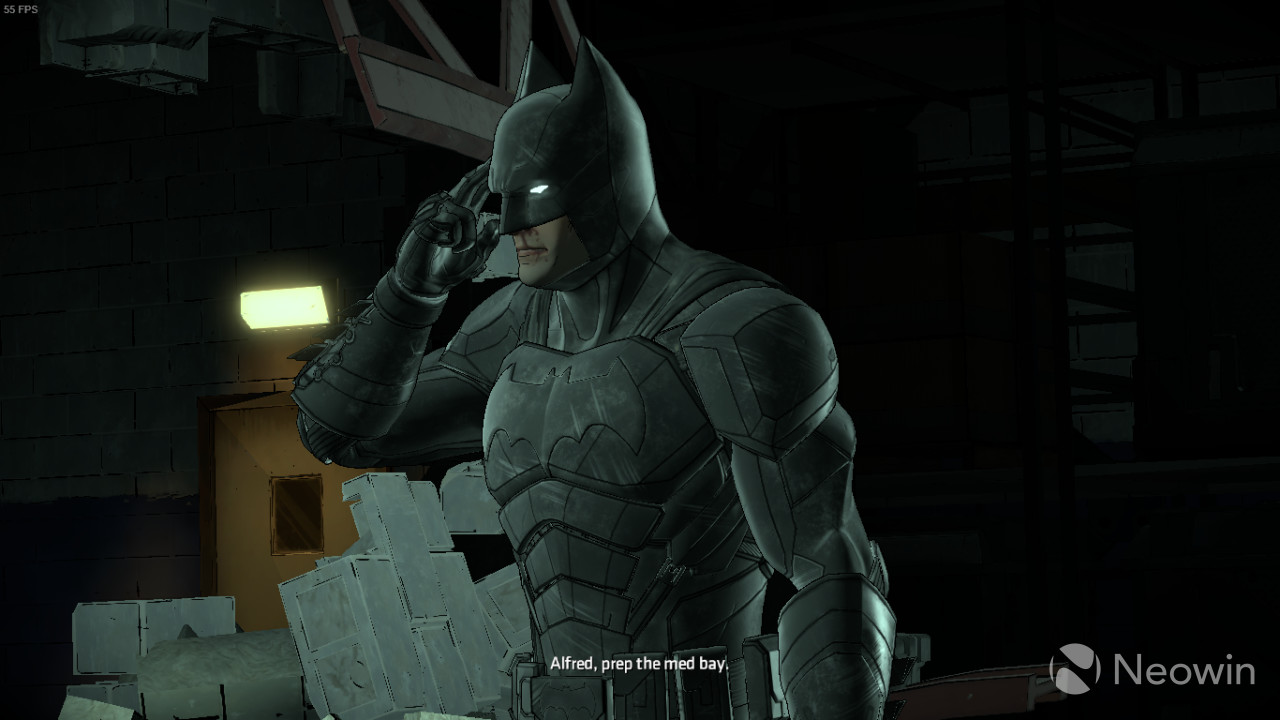 Overall, The Pact certainly isn't a bad episode, but it also gives the impression of being a very weak entry, given the eventful premier episode. However, I really do hope that Telltale Games is able to up its game in the next episode, because at this point, I'm not entirely sure where it's going with the plot.

You can purchase the Season Pass for Batman: The Enemy Within for $24.99 on Steam, PlayStation 4, or the Xbox One.

The review of the second episode, The Pact, of Batman: The Enemy Within was conducted using a Steam code for a season pass provided to the reviewer by Telltale Games.