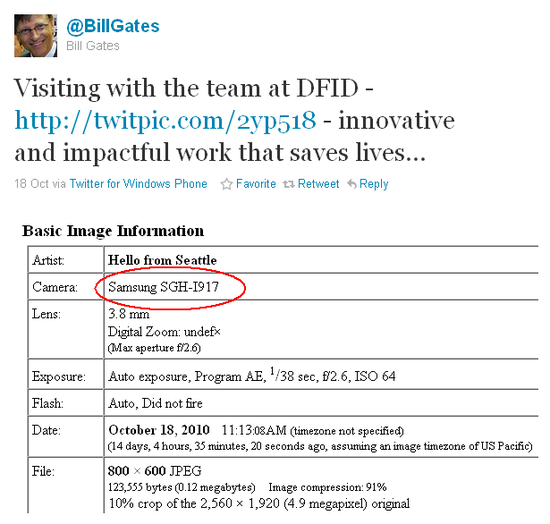 When you are arguably the human face of technology, people pay attention to not only what you say, but what devices you use. Bill Gates has been found to be using a WP7 device, the Samsung Focus.

The Focus, which hasn't even been released yet on AT&T, was spotted by wpcentral.com who dug up that the device was used to update Bill Gates' Twitter account. It is not a real surprise to see Gates using WP7 as it has been receiving positive reviews across the board. Also, as the face of Microsoft, it's important for the company's image to see its former CEO using the latest offering from Redmond.

As Windows Phone 7 launches across the world, starting in New Zealand with the first phone sold in the world, followed by the Australia and Europe, Microsoft is going head on into an intense phone platform battle, where the company has been lagging behind for many years.