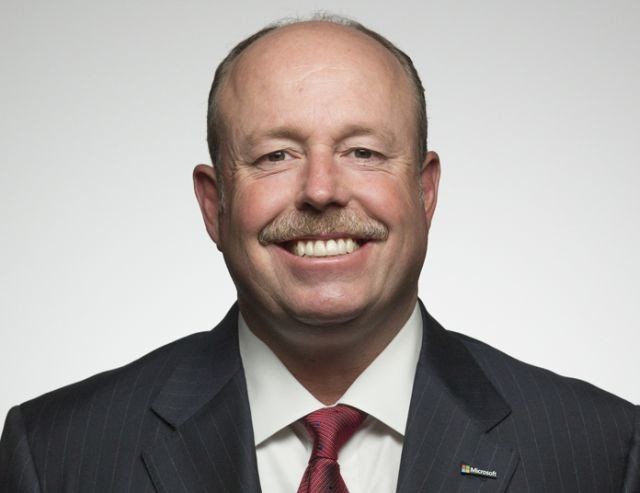 On Tuesday, Reuters reported, via their unnamed sources, the names of four men that it claims are currently in the running to become Microsoft's next CEO. Now Bloomberg reports, via their own sources, that another person who could become the next leader of Microsoft is its current chief operating officer Kevin Turner.

Turner joined Microsoft in 2005 and as COO, is in charge of the company's overall sales efforts. The story agrees with Reuters on the other two internal Microsoft CEO candidates; former Skype CEO Tony Bates, now working as head of Microsoft's business development and evangelism efforts, and Satya Nadella, the leader of Microsoft's cloud division. As we have reported before, the rumored two external candidates are current Ford CEO Alan Mulally and former Nokia CEO Stephen Elop.

In related news, Microsoft's stock price hit a new 12 year high today, as it went up 4.20% in trading to settle at $38.18. Business Insider claims that the reason was a note from Nomura analyst Rick Sherlund, who claims it is "likely" that Mulally will be named as Microsoft's new CEO in December. He also claims Microsoft has talked to two other external candidates; current Boeing CEO James McNerney, Jr. and former Motorola COO Edward Breen.