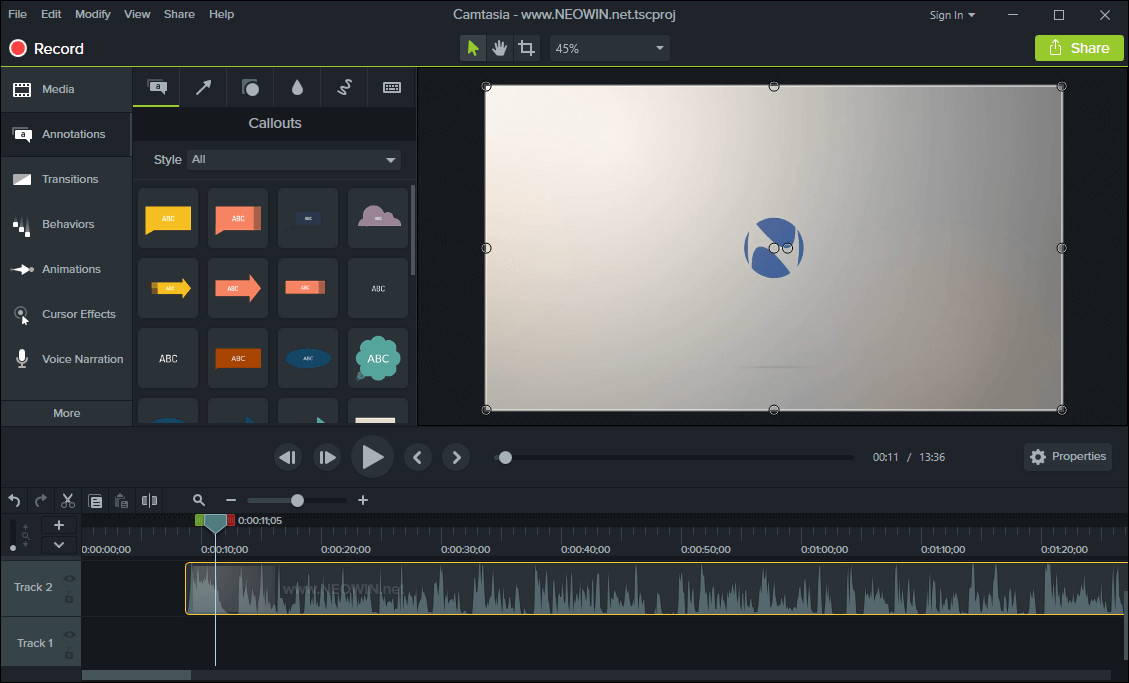 TechSmith Camtasia is the complete professional solution for high-quality screen recording, video editing and sharing. Camtasia 2020 makes editing your videos easier, and faster than ever. The new editor is packed with enhanced video processing, all-new production technology, an innovative library, and stock videos and other creative assets to help you create more polished, professional videos. No video experience needed. Anyone can create informative, engaging videos.