While we wait for Microsoft to finally release a native port of Microsoft Office to iOS devices, the company called CloudOn has been offering iPad users a way to access a cloud-based version of Office for some time. Today, CloudOn released the latest 3.0 version of its iOS app via iTunes and it finally adds support for the iPhone to the mix. 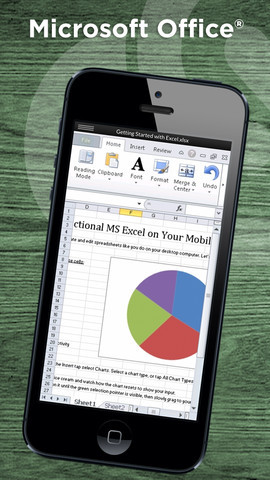 Venture Beat reports that CloudOn currently has over two million registered users and its founder Milind Gadekar claims that its number of active users is "literally doubling every quarter." He also claims that a Windows 8 app is in the works. However, it's more than possible that the audience for CloudOn will go down when Microsoft releases a native version of Office for iOS and Android.