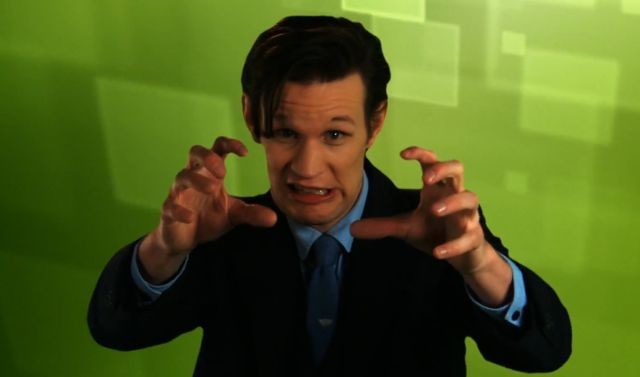 Actor Matt Smith, who will retire as the 11th Doctor later this year on the BBC TV series Doctor Who, is currently in St. Petersburg, Russia where he will host the final ceremonies for Microsoft's 2013 Imagine Cup student competition. In a chat with reporters today, Smith revealed some of his own personal technology possessions.

The Next Web reports that Smith does indeed use a Nokia Lumia 920 as his smartphone. As far as PCs and tablets, Smith admitted he is more of a fan of the ergonomics of Apple's products. Having said that, he also said he uses both an iPad and a Surface RT, with the iPad used for reading e-books and the Surface RT for browsing the web.

Smith also talked about why he decided to take the gig to host the Imagine Cup finals. He admitted that this was the first time he has accepted an offer to host a corporate event like this but that the Imagine Cup's theme of students coming up with new technology innovations made him sign up. He added:

This next generation of people are going to shape the way that we live, technologically. And I think that some of these guys out there could be big hitters. You never know, and this gives them a platform to really explore that. It sounded like a cool thing to be a part of. The message of Imagine Cup, which is innovation and inventing things and moving technology forward, [is] a good one.

The Imagine Cup 2013 final ceremonies from St. Petersburg will be live streamed by Microsoft starting at 8:30 am Eastern time.

Source: The Next Web | Image via Microsoft