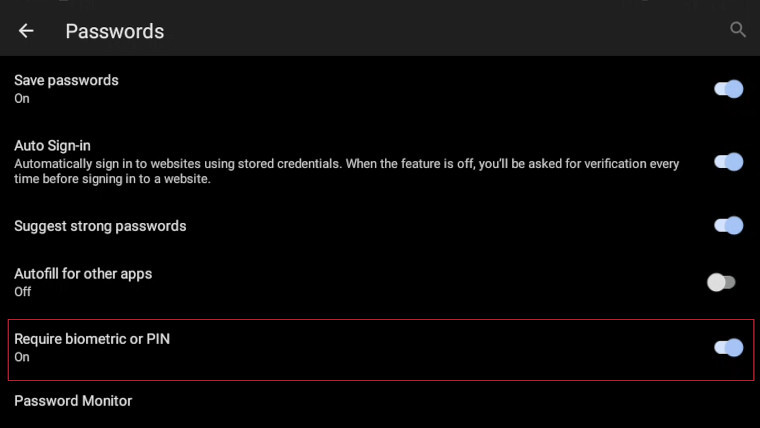 In mid-November, we reported that Edge for Android would soon allow you to authenticate with a fingerprint or PIN before allowing you to autofill sensitive information. At the time, the option was greyed out, but, according to a tip from Redditor Leopeva64-2, the feature has now been switched on in Edge Dev.

The new feature can be found by going to Settings > Accounts > Passwords. It’s simple enough to enable, just toggle the switch. According to the Reddit post, the feature may be being rolled out in a controlled manner because Leopeva64-2 says the option is still greyed out in Edge Canary. To see how the feature works in action, you can check the GIF below.

According to the Redditor ultravio1et, who commented on a previous thread about this feature, users on iOS have had the option of authenticating before allowing autofill for a while now. Many more people around the world use Android devices so the feature’s arrival on Android should be beneficial to a greater number of people.

It’s unclear how long it will take Microsoft to bring this feature to the stable release of Edge for Android but the increased security will be welcome. As the implementation uses a toggle, it’ll be up to each individual whether they want added security or greater convenience.