Three years ago, 4G mobile services had not yet launched in the United Kingdom. Less than two years ago, EE announced plans to launch the nation’s 4G first network. Last year, EE’s rivals were finally able to begin launching their 4G services, and now, there is plenty of choice for those shopping around for mobile plans.

4G is no longer the preserve of those with cash to burn, as competition has brought better value offerings and lower prices, and today, EE has announced some new additions to its range, targeting those for whom price matters most. 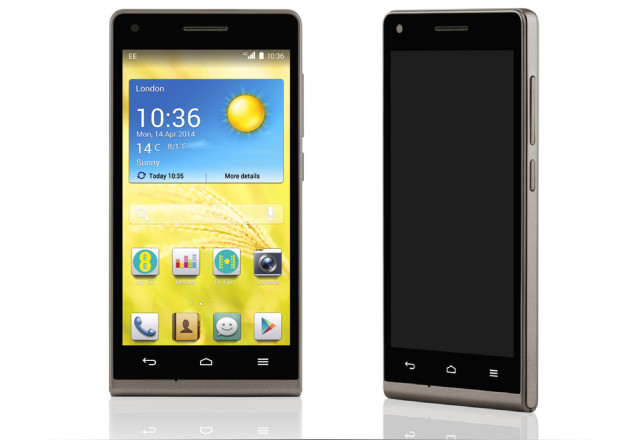 First up, EE is launching its first own-branded handset, which will be the cheapest device on the carrier’s 4G LTE network. The EE Kestrel features a 1.2GHz Snapdragon 400 processor, 1GB of RAM and 8GB of storage, along with a microSD slot. Up front, you’ll find a 4.5-inch qHD (960x540px) display and a 1MP camera, while around the back, there’s a 5MP shooter with LED flash. Manufactured by Huawei, the device even includes the OEM’s ‘Emotion UI’, running on top of Android 4.3 Jelly Bean.

The spec sheet may not be particularly exciting, but this device is not intended to compete with flagships, as its price attests. The Kestrel will be sold for £99.99 on EE Pay As You Go, but if you’re looking for a contract, you can get it absolutely free on EE’s newest entry-level plan.

EE has shaved £5 off the price of its cheapest plan, which now costs just £13.99 a month, and includes 500 minutes, unlimited texts and 500MB of data. If the Kestrel isn’t your cup of tea, you’ll still be able to get other handsets on this 24-month plan, such as the new HTC One, but you’ll have to pay a sizeable sum up front towards the cost of the device.

A few other changes have been announced today, including the option to purchase a £2-per-day add-on to any EE plan which will give you unlimited texts and calls to use when roaming in an EU country. For those staying at home, mobile data allowances will be offered to those who take EE’s home broadband service alongside a 4G mobile plan.

The changes, including the new £13.99 monthly price plan, come into effect immediately, but if you’re interested in buying the EE Kestrel, you’ll have to wait until the end of April.

Update: EE has asked that we make a small correction to this article - the Kestrel is, in fact, priced at £99.99, not £99 as we originally stated. This was entirely our mistake, and we apologize for the error. (Editor's note: The writer of this article has been repeatedly slapped with a wet fish, and once he's recovered from that ordeal, will hopefully not make the same mistake again.)